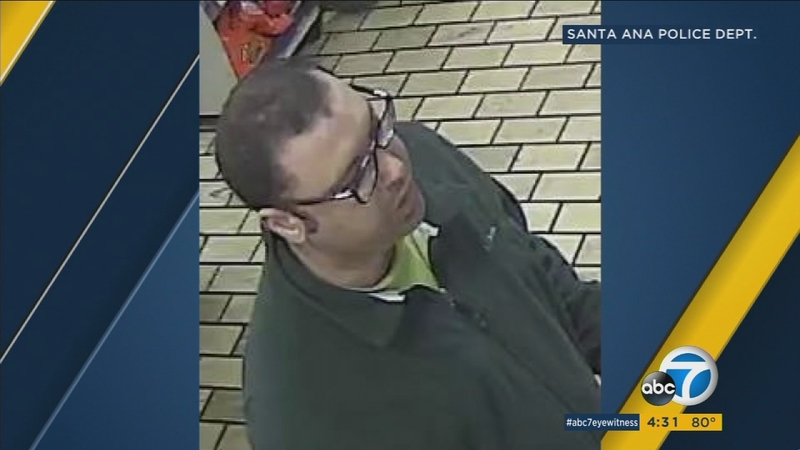 SANTA ANA, Calif. (WPVI) -- A man flew into a violent rage after his credit card was declined in a Santa Ana convenience store.

The man, who appeared to be purchasing one bag of candy, was caught on surveillance video pummeling a 7-Eleven store employee and throwing a bunch of bananas at another after ostensibly being told that his card wouldn't go through.

Surveillance video from inside the store shows the the man, dressed in a green sweatshirt, throwing a bag of M&Ms at a clerk.

After the two argue for about 20 seconds the clerk rings up the candy. That's when police say the man swiped his credit card, but it was denied.

That's when he lashed out. He hit the cashier in the head then threw the register and the printer to the ground. He threw several more things before finally leaving with another man.

According to police, the suspect caused $700 worth of damage to the store's register system.