The surge in demand is lifting fares by about $15 to $20 on a $200 ticket in the second quarter of this year.
WPVI
By Bob Brooks 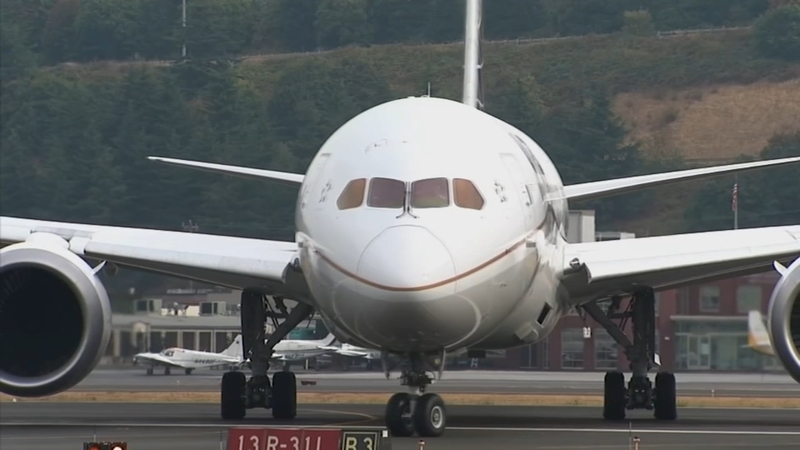 PHILADELPHIA (WPVI) -- Jet fuel prices are soaring along with other fuel costs. So are airfares.

Blame the return of passenger demand - rather than fuel prices - if you pay more for a flight this spring or summer.

The nation's leading airline executives appeared at a JPMorgan investor conference Tuesday and all spoke of the much stronger demand for air travel than they had been expecting only months ago. Delta and American both said they had record days for passengers bookings last week.

"We're seeing an increase in demand that is really unprecedented," said Delta president Glen Hauenstein. "I have never seen ... demand turn on so quickly as it has after Omicron."

The surge in demand is lifting fares by about $15 to $20 on a $200 ticket in the second quarter of this year. That represents about an 8% to 10% increase above what Delta had previously planned on charging for fares.

"It's really been the strong demand and better pricing environment ... (that has) allowed us to more than offset the fuel cost," Hauenstein said.

SEE ALSO: What will make gas prices come down? Experts have their eye on 2 things

There are two things experts have their eye on right now to determine what happens to prices at the pump.

Fuel prices are also going up due to the war in Ukraine, and those costs will be passed on to customers.

To make matters worse, we haven't even seen the real impact of a fuel shortage yet, said Willis Orlando, a senior flight expert with Scott's Cheap Flights.

He expects prices to climb even higher as the year goes on.

"If oil prices stay as high as they are, I would anticipate people who are purchasing their tickets in May and June will be paying significantly more," he says.

Fuel is the second-largest expense for airlines, behind labor costs, making up 20% to 25% of operating expenses. Other than Southwest, most carriers do not have long-term fuel contracts, known as fuel hedges, to shield them from spikes in fuel prices.

The three largest US airlines - American, United and Delta - warned investors Tuesday that the average price for a gallon of jet fuel will jump between 17% and 33% in the current quarter compared to the last three months of 2021, and between 47% and 72% over what they paid a year ago.

The last two years proved that airlines can't simply raise fares to cover costs, as the US airline industry collectively lost tens of billions of dollars as demand for air travel plunged. Despite leisure travel demand coming back last summer, US airlines all reported losses for the year.