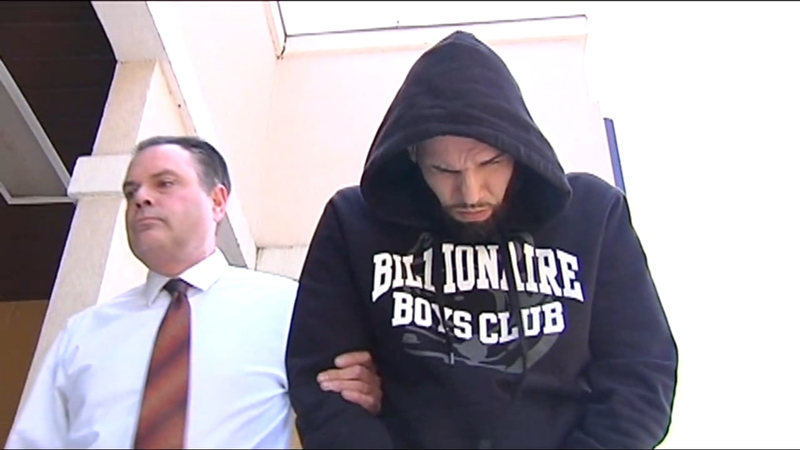 BETHLEHEM TWP., Pa. (WPVI) -- A man who once worked at a Philadelphia-based company that provides services for people with disabilities has been charged with allegedly abusing some of the people in his care.

He didn't have anything to say as he left court but police are talking about the disturbing allegations that the suspect is accused of.

"Physically abusing mentally challenged, if you will, individuals with disabilities. Such disabilities as being autistic, some verbal, some non-verbal," says Detective Tony Stevens with the Bethlehem Police Department.

Montoya was a caretaker with Philadelphia-based Resources for Human Development, which provides services and programs for those with intellectual and developmental disabilities.

Police say they began their investigation in January after receiving reports of possible abuse at group homes in Bethlehem and Freemansburg.

Authorities say victims at the group homes accuse Montoya of physical abuse for several months. They allege the suspect hit them with his hands and also a Nerf bat.

In one case, Montoya is accused of putting a disabled man in a choke hold until his face turned blue. Police believe more people are involved in the abuse and there are more patients that were hurt.

"We are shocked and outraged at the alleged actions of one of our former employees. Upon learning of these unconscionable allegations, RHD immediately contacted the authorities, moved to ensure care for program participants who were affected, and launched an internal investigation that has resulted in the termination of that employee. RHD is cooperating fully with the police investigation. We are deeply committed to ensuring the safety and wellbeing of the people we are privileged to serve, as we have been for nearly 50 years. As the investigation into this incident is ongoing, RHD cannot comment further at this time."

"These individuals that are being physically abused, they can't sometimes speak for themselves. Again, they have disabilities where they can't defend themselves. It's egregious," said Detective Stevens.

Montoya is charged with neglect of care, simple assault, strangulation and endangering the welfare of a dependent person.