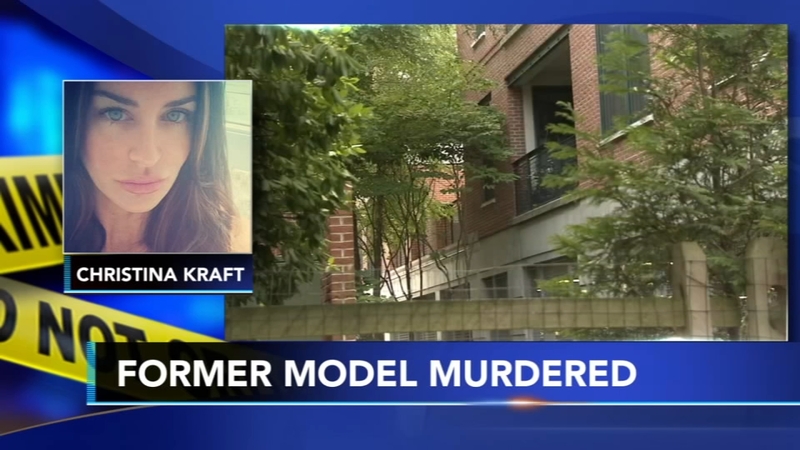 ARDMORE, Pa. (WPVI) -- Action News has learned the identity of the man who is being sought for a burglary that occurred at the apartment of a former model who was found murdered just days later.

Andre Melton, 31, is wanted for the burglary inside the apartment on the 100 block of Sibley Avenue last weekend.

It's the same apartment in which 36-year-old Christina Kraft was found dead on Wednesday night.

Melton is not being called a suspect in the murder at this time, and no suspects have been named for the killing.

He is believed to be driving a rented 2018 burgundy Kia Sorento with Virginia plates.

Sources say the car was spotted Friday afternoon near Clearbrook and Garrett Road in Upper Darby, Pa. by a police equipped with plate recognition software.

The Kia was traveling in the opposite direction of the cruiser and by the time the officer turned around, the Kia was gone, sources said.

Investigators, using surveillance video from the apartment complex, matched a face seen on that tape and linked that person to a home on the 6500 block of Theodore Street in Southwest Philadelphia.

Police executed a search warrant on the Theodore Street location at 7 a.m. Wednesday and recovered some of her belongings.

At 9:15 p.m. that night, Kraft was found dead inside her bedroom. It is still not known if the burglary and the murder are connected.

Sources say surveillance video shows a man following Kraft into the building the night before her body was discovered. Police believe he left by jumping off the balcony.

Anyone with information is asked to call the Lower Merion Police Department or the Montgomery County Detective Bureau.