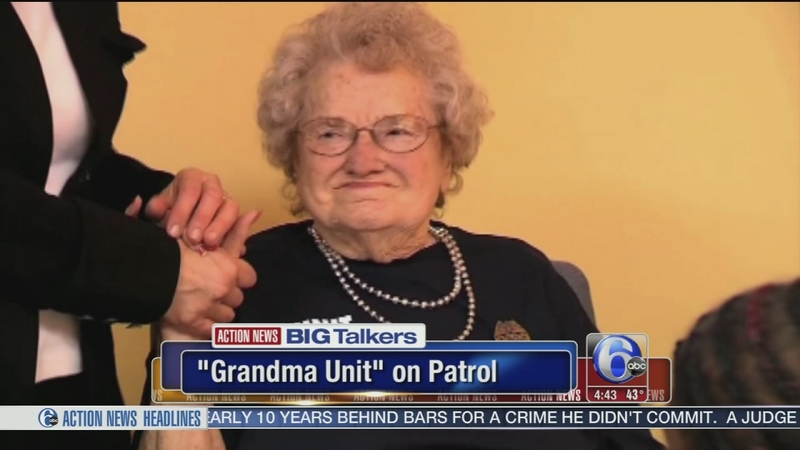 CHARLESTON, W. Va. -- The police department in Charleston, West Virginia has added some senior power to the force.

Eleven new members of the Grandma Unit, also known as the G-Unit, were sworn in on Tuesday.

As WCHS-TV reports, these grandmas are not going to be out arresting people or pulling people over, but make no mistake, these women make up the newest unit at the Charleston Police Department.

"When we're given something to do we take it seriously, and we keep up with it," said Karen Smith, a member of the Grandma Unit.

Their main mission? These grandmas will be busy carrying out their mission of spreading love and hugs, something these grandmas say you can never have too much of.

"Sometimes I'm not feeling good or I'm feeling low...and somebody will give me a hug, and I'll feel better, and then I'll share my hug with someone else," said Smith.

The members of the G-Unit understand how important spreading love is because at one point during their lives all 11 women were victims of elder abuse or domestic violence.

Kyla Nichols is the Program Director at the YWCA. Nichols said she is grateful to the Charleston Police Department for creating the Grandma Unit.

"These ladies are super loving ladies...That just really do like interaction with everyone. They love to party," said Nichols.

The officers say it's going to do as much for them as it is the grandmas.

"Oh my goodness it's a win for everybody. They feel good by doing it, and they wanna do it. That's what helps this awesome partnership," said Cpl. Errol Randle of the Charleston Police Department.