Groom, 6 others arrested after wedding brawl in Berks County 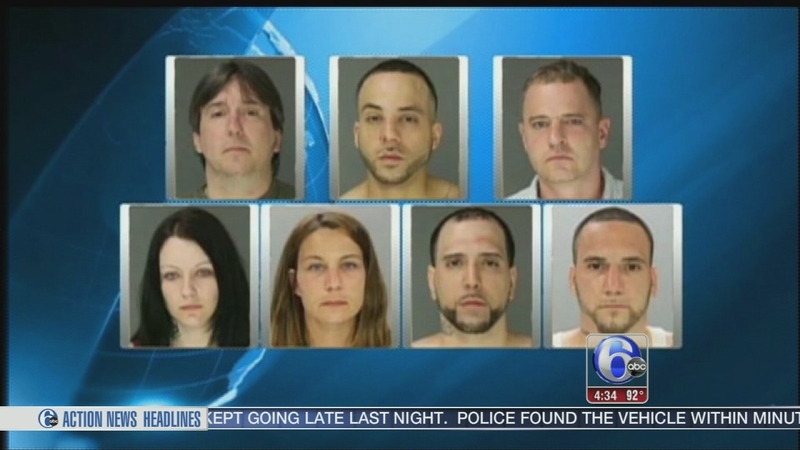 ONATELAUNEE TOWNSHIP, Pa. (WPVI) -- Forget cold feet, a groom in Berks County is in hot water after spending part of his wedding night behind bars.

Northern Berks Regional Police were called to a banquet hall in Ontelaunee Township Saturday night for a report of an out of control fight.

When they got there, they found about a dozen intoxicated people pushing and shoving one another.

Police say the brawl started after a 14-year-old boy got drunk at the reception.

Seven people were arrested, including the groom, Nicholas Papoutsis, who allegedly challenged an officer to fight.

The owner of the venue believes it's not a good sign for the couple.

"I wish them luck in the future. That's not a very good start," said Doug Mehrkam, owner of Blue Falls Grove.

Even though one of the guests was hit with a stun gun and another had to be brought down with a police baton, no one was seriously hurt.