Investigation: When ordering online, where does your grub come from? 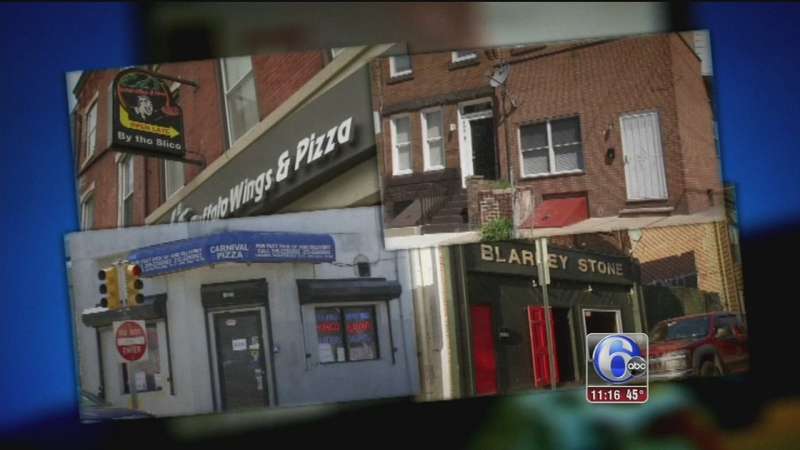 Without even dialing a number, hundreds of menus flash before your eyes on websites like GrubHub and Seamless.

"I have everything at my fingertips," said Nadine Pepper of South Philadelphia.

But an Action News Investigation is asking, "Do you really know where your meal is coming from?"

We delved into the world of online delivery, and found restaurants operating under aliases, some with unsatisfactory health inspections, others operating without a license, or with no matching brick and mortar storefront - like Fatboy & Slim's in University City.

Our search for a business license or inspection report for Fatboy & Slim's came up empty. The delivery we found was coming out of a kitchen for Blarney Stone.

"It's just like a DBA for GrubHub," said a delivery man we spoke with. "I guess just to get more business," he added when asked why someone would do business that way.

Action News found Blarney Stone hadn't been inspected in more than 27 months. But someone ordering from Fatboy & Slim's might never know that.

After our calls to the Pennsylvania Health Department, they sent out an inspector who cited numerous violations, noting the restaurant is not satisfactory compliance.

Next, we checked out Rana Halal Cuisine.

Again, Action News was not able to find an inspection report or business license for Rana Halal, and the delivery we found was coming out of the kitchen for Ed's Buffalo Wings & Pizza.

"We don't advertise a different name," an unidentified worker told us. "We have two names."

We found another restaurant, Zotto's Pizza & Wings, which also delivers on GrubHub, had no business license either.

In fact, the storefront says Carnival Pizza, a restaurant with so many health violations they were taken to court.

But, the Health Department says they are entitled to stay open and operating while they ligate the previous restaurants problems.

In spite of that, Zotto's, which says they are under new management, claims they have five stars.

And possibly most puzzling is Michael's deli, whose address on GrubHub leads to a house.

Again, we found no active business license or inspection report for Michael's. When we searched online, we found a storefront at a different address - locked and seemingly shut down. But GrubHub let us order from Michael's anyway.

The Health Department would not speak with us on camera. But told us off camera businesses can operate under as many names as they want as long as the kitchen is inspected.

But Philadelphia City Consumer Advocate Lance Haver has a problem with that.