Woman speaks from hospital after playground shooting: 'I knew I was shot, I couldn't feel my legs' 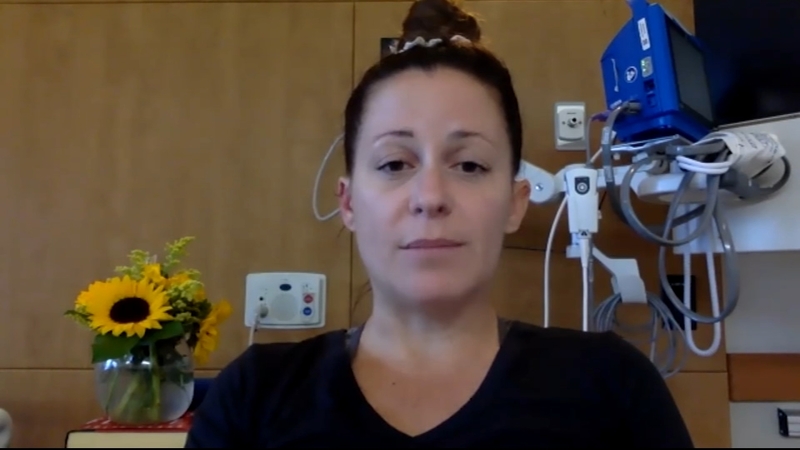 Woman shot on Philly playground has this message for the gunman

PHILADELPHIA (WPVI) -- A woman is recounting the terrifying moments she was shot after finishing a kickball game at a Philadelphia playground last month.

It happened on May 19, around 9:30 p.m., at the Hancock Playground at Master and N. Mascher streets.

"Help! Help! Help! That's all I could think of," said Amanda Lyons from her hospital bed.

Lyons and a 16-year-old boy were both shot when a gunman walked up and started firing while dozens were in the area.

Lyons had just finished playing her weekly game of kickball with friends when she was struck in the back.

Philadelphia police continue to investigate a shooting that took place at a crowded playground.

"I went to turn to run, but I couldn't because I immediately felt myself go backward," she said. "I knew I was shot, I couldn't feel my legs."

As an occupational therapist, she knew exactly what meant: her spinal cord was immediately damaged.

“The past 15 days have literally been a nightmare.”- Amanda Lyons tells @6abc she’s had multiple surgeries including to her spine after a stray bullet pierced her back. She still has no feeling in her legs. @PhillyPolice are still searching for the gunman in last month’s shooting https://t.co/L3ghMfh3ES pic.twitter.com/m9yBVQShb3

"We got her flat, tried to find where the bullet wound was to put pressure on it," she said.

"I don't know if we had time to process what was happening as it was happening," said Lyons, who is still working to understand what happened that night.

"The past 15 days have been literally a nightmare. I keep wanting to wake out of this nightmare and hope that I can hop out of bed, go to work," she says.

Philadelphia police provide an update after a gunman shot two people on a playground on May 19, 2021.

"It just shakes me up thinking about my ability to go back to my own home," said Lyons. "I hope they understand gun violence isn't a joke and that innocent people are impacted by the senseless act of just wailing a gun around. It's not the answer."

Lyons has months of physical therapy ahead of her but is determined to reclaim her independence.

Anyone with any information on the case is asked to call police at 215-686-TIPS.