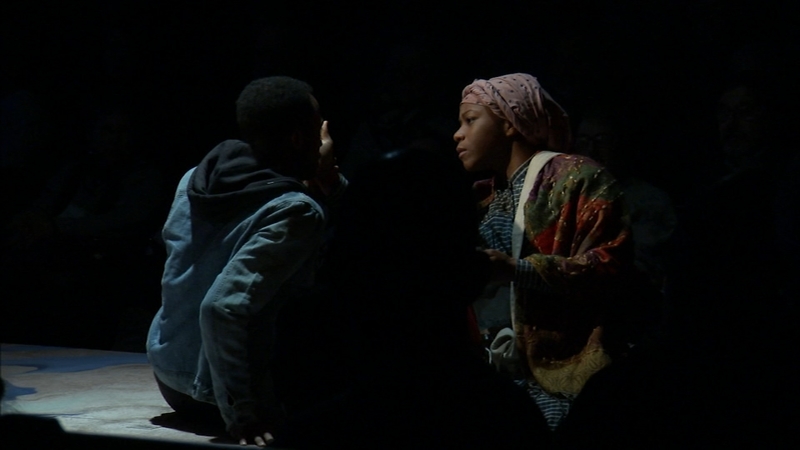 My General Tubman at the Arden Theatre Company

PHILADELPHIA (WPVI) -- A new play at the Arden Theatre celebrates the life and legacy of Harriet Tubman.

"My General Tubman" is the first play written by best-selling novelist Lorene Cary, and it was a multi-year project she describes as an obsession triggered by a trip to Cape May.

The play follows Tubman through time and space -- from the Civil War in the South to modern-day Philadelphia.

"We go to a detention center (and meet) a man who will come to believe he can get back in time to be her husband," Cary says.

As the play takes audiences back and forth in time, Tubman recruits other men at the prison.

"The other men become her spies in the Civil War," Cary says.

In writing the story, she says she drew on her love of the play, Henry V.

"In the 19th century in Philadelphia, African American drama groups, loved that play because there they were up against America," Cary says.

So Cary says she starts her play like Henry V, with an actor declaring, "Because nothing is more joyous than freedom."

Cary says she hopes her tale honors Tubman as an ordinary human being who did extraordinary things.

"She did not start to fix the world," Cary says. "Having watched her older sister taken off to slavery, her two sisters, two together, sold south."

Cary says Tubman's mission was simple: "What she wanted to do is reconstitute her family and freedom."

As for Cary's mission?

"My goal in telling her story was to get her closer to us," she says. "Make the brilliance of her more accessible."