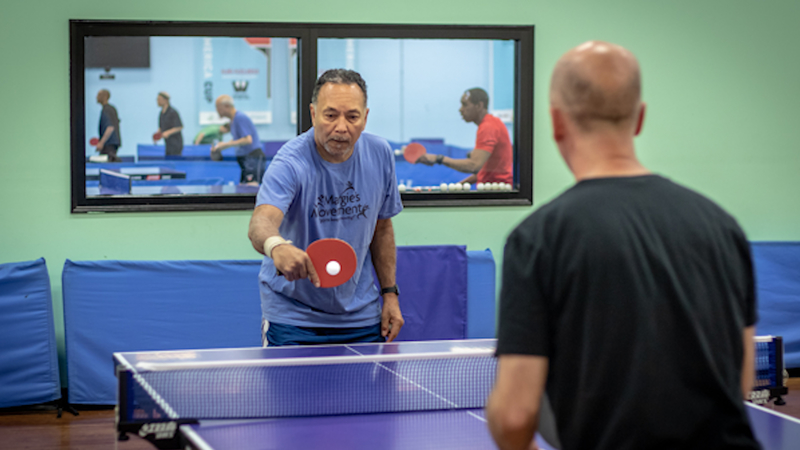 WESTWOOD, New Jersey -- Ping Pong Parkinson was founded with one goal in mind: to halt the progression of Parkinson's disease using ping pong as a form of physical therapy.

The New York-based non-profit is expanding to New Jersey, allowing residents to engage their motor and cognitive skills.

"I was diagnosed with Parkinson's 10 years ago. I'm a musician and I couldn't play the guitar anymore. I started playing ping pong two times a week; and six months later I was able to play the guitar again," said Nenad Bach, Founder of Ping Pong Parkinson.

Elizabeth Kera, a Neuropsychologist with the organization, describes the various improvements she has seen on individuals who practice ping pong consistently.

"We've seen other patients notice an improvement in their memory, in their processing speed, visual attention. They ended up getting better and better at targeting the ball, hitting the ball but also strategizing how to hit the ball back," said Kera.

Related: Court 16 Tennis teaches the blind and visually impaired how to play tennis

Even though medication continues to be the focus to treat Parkinson's disease, the importance of a regular exercise program is the key to manage this disease.

"This is also a support group. Just look at the smiles in the people, you can't buy that," said Bach.