WPVI
By Nydia Han
PHILADELPHIA (WPVI) -- A heartbreaking consequence of the opioid crisis is babies and children being placed in our already overtaxed foster care system.

A nonprofit called Kids Peace tells us that 95 percent of children are referred to them because their parents are addicted.

Compare that to just 10 percent a couple years ago. These kids need more people to open up their homes and step in as loving caregivers.

Jamie Finn cares for a four-month-old like one of her own, even though he will be in her life only a short time.

He is Jamie's 18th foster child, and is an addition to the already large Finn family. The Finns have two biological and two adopted forever children, but they also take in two foster children who stay anywhere from a few days to an entire year.

"It's very hard to be prepared, and you're certainly never prepared emotionally," she said.

Most of the Finn's foster children have parents addicted to opioids, and many kids come to them suffering from withdrawal.

Jamie Finn, who has been a foster parent to 10 children, talks about the most challenging child she's cared for, and the bond that experience created.

"Sort of translucent skin, the shakes, inconsolable, digestive issues, trouble sleeping, screaming. I've had babies who scream and scream and will sleep on me when I'm sleeping on a chair because they are in pain and they're suffering," she said.

Kevin and Greg Wesley-Lynch also know how heartbreaking is to watch a baby in distress. Looking now at their adopted son, Austin, you'd never know he was born two months premature, in jail, to opioid-addicted parents.

"He was born with a heart condition, he had a nasogastric tube that goes up the nose and into the belly because he wasn't eating on his own," said Greg.

"As soon as we saw him we were in love with him," Kevin said.

Kevin and Greg opened up their home and their hearts as Austin's foster parents.

"We went and visited him every day until he was able to come home with us when he was released," said Kevin.

Gregory and Kevin Wesley-Lynch talk about meeting Austin, who started as a foster child but would soon become a permanent member of the family.

She's lost count of how many children she's fostered.

"Just as a typical mom you need that support. For someone working with impacted babies, you need two or three extra support levels," she said. "And if someone can come for an hour or two so you can do personal care, it'll help both of you in the long run."

Cade also says you should talk to teachers, friends, and especially doctors to make sure they are aware and sensitive to the child's special needs.

"As soon as they hear a baby was born impacted, they'll handle certain medical issues differently," she said.

As for Austin: He's now two years old and is the picture of strength and resilience.

"He's a fighter, he's up to his age appropriate motor skills and speech and everything," said Kevin.

And Austin is an official member of the Wesley-Lynch family. Greg and Kevin adopted their little boy earlier this year. But Austin's biological family is still very much a part of his life.

"His maternal grandmother was in our room and one of the first things she said is, 'Can we still be his grandparents?'" said Greg.

As for Jamie Finn, she said she does everything she can as a foster parent to communicate with and help the biological parents, realizing that the goal of fostering is to return the children to those parents.

"I've done a 180 in way I think about my childrens' biological parents. The things I know many of these women go through, I can't imagine," she said. "I want them to know I'm on their side and will continue to be on their side, I'll help you with this transition of your child being placed in your arms again."

But Jamie warns: the goodbye is always heart-wrenching.

"I have to celebrate the fact I'm part of a family coming back together," she said. "I've shed many tears, I've worried I've wondered and prayed. It's very difficult."

Heather Moore, the program manager for KidsPeace Southeast Region, talks about her personal experiences as a foster parent for children impacted by opioids.

Difficult but worth it. Greg and Kevin plan to foster another opioid-impacted child with the hope of eventually giving Austin a forever sibling.

"Definitely at least one more."

Jamie now runs her own nonprofit called Foster the Family. Volunteers prepare and deliver packages with all kinds of things families might need.

They also provide a mentor's phone number, a meal, and most importantly, a sense of community and support.

Here are the local state websites with information on becoming a foster parent: 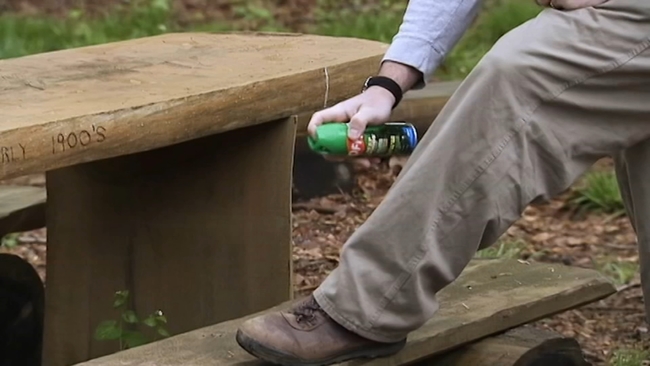 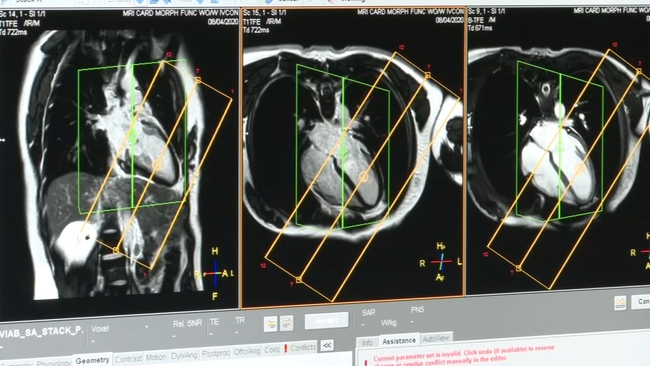