"It's more than a gift, it's being reborn."
WPVI
By Ali Gorman 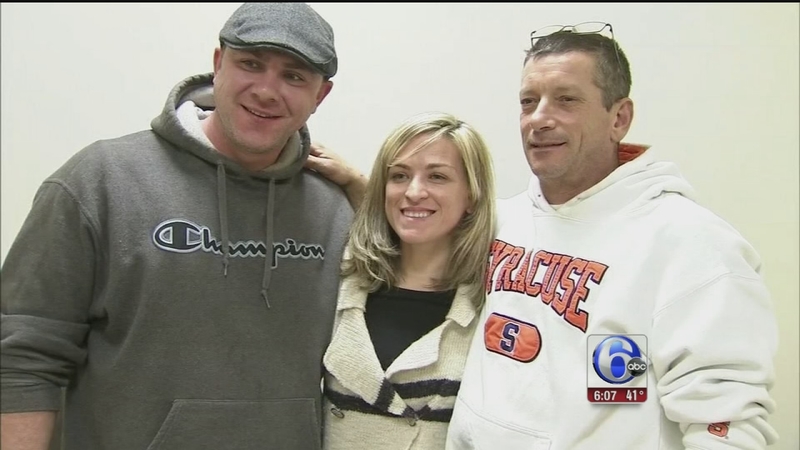 PHILADELPHIA (WPVI) -- Doctors at the Hospital of the University of Pennsylvania are preparing two people from our area for kidney transplant surgery, but the match wouldn't have even happened if not for a misplaced ad.

32-year-old Nina Saria of Egg Harbor Township says she wasn't comfortable at first with her husband Kay posting a Craigslist ad to find her a kidney donor.

"I'm a private person so I didn't like the idea of putting out the story and I also didn't want people to feel bad for me," Nina said.

Nina went into kidney failure more than a year ago due to an autoimmune illness. She needs dialysis three times a week.

He figured a post on Craigslist was worth a shot.

Somehow that post popped up when Glenn Calderbank of West Berlin, N.J. was searching for construction supplies.

When he realized it was for a kidney, it hit home.

His first wife Jessica also had kidney failure. She waited two years for a transplant.

She received a kidney and pancreas from a cadaver, but her body later rejected the organs. She died in 2011.

"He felt my pain and our family's struggle for a kidney," Kay said.

"I definitely think it was a sign," Glenn said.

Glenn is a match and surgery is scheduled for December 1st.

"It's more than a gift, it's being reborn," Nina said.