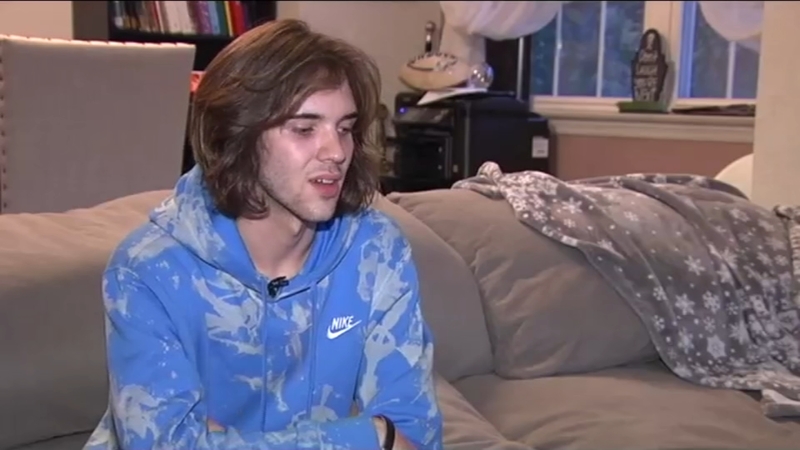 Among those are 18 deaths.

An overwhelming number - 70% - continue to be male, though females are more likely to die.

A Berks County teenage is among those stricken by illness after vaping.

He says he feels fortunate he is now recovering, but he shares his story to help prevent others from getting sick.

"Like with a fever I was sweating, I felt like I was sick, really nauseous," says Xander Amidon, a 17-year-old with a passion for rugby.

What seemed at first like a virus landed him in Reading Hospital.

His parents say doctors did X-rays on his chest and found he had a vaping-related illness.

"I just remember sitting there and looking at him and realizing he couldn't breathe on his own and it was terrifying, I thought I might lose my son," says Kari Ide, Xander's Mother.

The CDC reports the majority of cases of vaping-related lung disease involve products with THC, with or without nicotine.

A new report from the Mayo Clinic says it may not be the oil that's to blame, but toxic chemical fumes from the E-cigarettes.

This as many states, including New Jersey, look to ban flavored products, designed to attract young people.

As for Xander, he feels lucky.

The concern now: what comes next?

That's something Dr. Cheryl Bettigole, with the Philadelphia Department of Health, says is still unknown.

"There are certainly reports of people feeling short of breath, gradually getting back to normal but what their outcomes will be in a month, a year, 10 years, we don't know," says Dr. Bettigole.

On top of concerns about this lung illness is the worry that kids who vape are more likely to go on to smoke tobacco cigarettes.