Thousands will come together in Philly to battle lung cancer 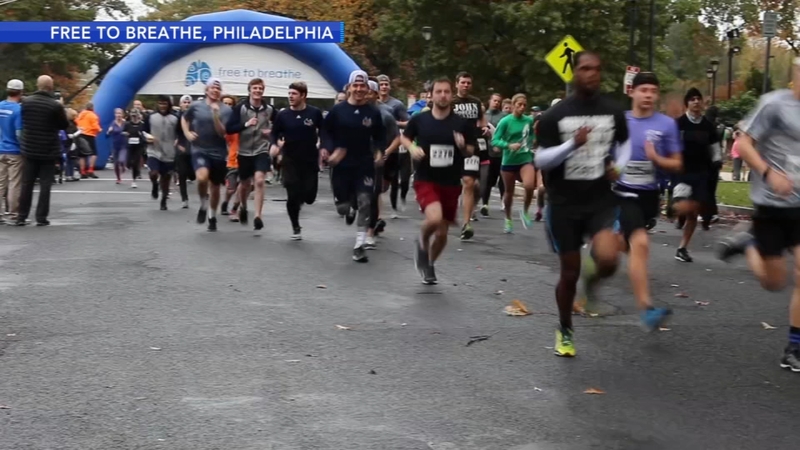 Thousands will come together in Philly to battle lung cancer

But it's also one of the most under-funded when it comes to research.

This weekend in Philadelphia, thousands of people will come together, hoping to change that.

Survival rates are getting better but they're nowhere near as good as they could be. For many people, the diagnosis of lung cancer comes as a total shock.

"I had no notice of it but by the time it's discovered its already spreading through your body that's the scariest part of it all," said Lee Bender.
Bender was 50-years-old, healthy, an attorney, a husband, and a father when he found out he had stage four lung cancer.

"I was shocked because I had no idea lung cancer could occur to people who were non-smokers," said Bender.

He learned lung cancer can happen to anyone. In fact, about 20-percent of people who die from it never smoked. Bender underwent surgery, radiation, and chemotherapy. It's been six years, he's still on medication.

He knows there's no cure yet, so every year he joins thousands of others to raise money for research at the Lung Cancer Research Foundation's Free to Breathe run and walk in Philadelphia. Its patients, survivors, families, and people who've lost loved ones to the disease.

Peter Fry from the Lung Cancer Research Foundation said, "Our mission is to improve outcomes for patients diagnosed with the disease."
Fry continued, "You get swept up in really sort of this wonderful moment and can depart knowing that you've played a role in hopefully a very positive thing."

"Just to be with thousands of people, to be together to walk and join with the cause is a lot of inspiration," said Bender.

Free to Breathe is this Sunday at Memorial Hall in Fairmount Park.