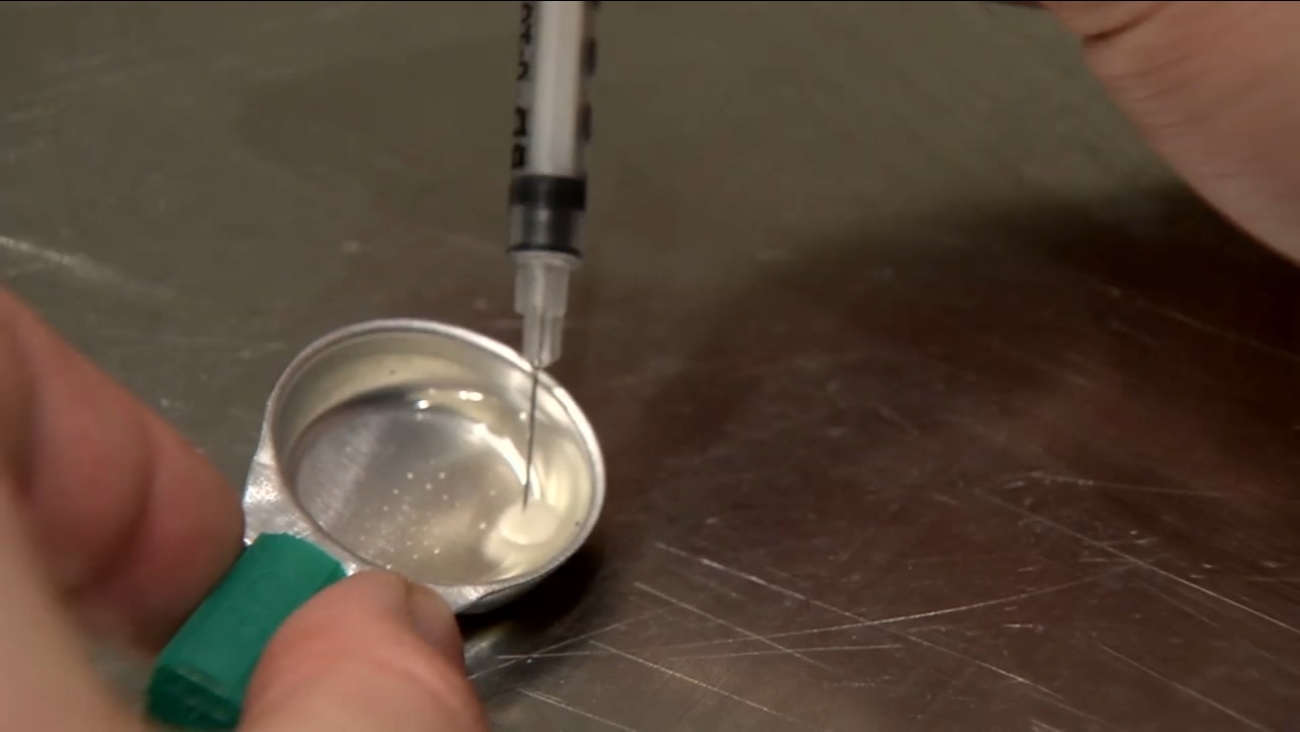 PHILADELPHIA (WPVI) -- There's much more awareness about the opioid epidemic, but there are still 115 deaths every day due to opioid overdose.

It's a disturbing trend for everyone, especially new doctors starting their careers with high hopes of helping people.

For one young doctor, the scope of this problem hit him just weeks into his training when a patient overdosed right in the hospital.

The doctor is now part of a local group working on solutions.

"He was admitted for an infection and he had one of his friends come and sneak some heroin, which he used his IV line for to come and inject," recalled Dr. Sonul Gulati, Internal Med. Resident at Mercy Fitzgerald.

Experiences like this one have become a daily occurrence for young doctors. Father Peter Clark is a professor at Saint Joseph's University and bio-ethicist. He says the frustration can wear doctors down.

"They were trying to get them into rehab and they'd say no - there was a real sense of moral distress," he said.

"How can so many people have died from something that could be prevented?" asks Dr. Arun Minupuri.

"We're taught in medical school that you have to help everyone - we have to help the poor, the sick, and the vulnerable, and theres no one more poor, sick, and vulnerable than this patient population," said Dr. Gulati.

So Father Clark enlisted residents into a program to shake up the status quo, and find fresh approaches to help addicts and doctors-in-training.

"They need to know pain management," said Fr. Clark. "When we're giving someone opioids, are we telling them the risks and the benefits? Do we tell them it's addictive? I think for many years, we didn't."

Students also need to understand and address underlying causes for some drug abuse, such as trauma, sexual abuse, or mental health conditions.

"You gotta wait until they're ready for treatment, but we've gotta keep them alive until they are," said Fr. Clark.