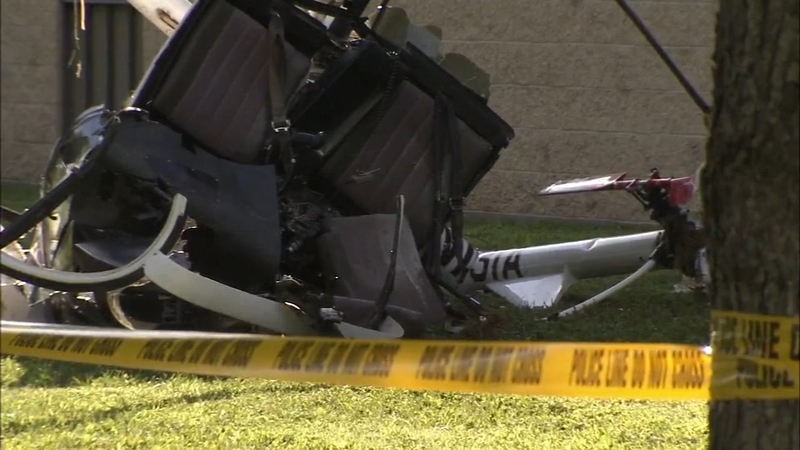 It happened around 2:30 p.m. near Postal Road in Hanover Township, Pennsylvania.

FAA confirms helicopter was a Schweizer 269C. Two on board. NTSB to investigate cause. @6abc https://t.co/tYAnQmEcwG

Teams of police, firefighters and members of the FAA surrounded the wreckage that barely resembled a helicopter.

The FAA confirms that two people were on board a Schweizer 269C helicopter when it crashed.

Action News also confirmed that the aircraft made impact with the roof of the industrial ceramics company's warehouse where it ultimately landed.

According to Lehigh Valley International Airport officials, the helicopter took off from the Ace Pilot Training School at the airport.

"Two (2) souls were transported to a local hospital with reported non-life threatening injuries. The helicopter did depart from ACE Pilot Training School at ABE.
Our thoughts and prayers are with the two individuals and their families involved in this incident," said airport officials in a statement.

On scene of a helicopter crash near the @FLYLVIA airport. Two people sent to the hospital with minor injuries. Investigators to the scene to figure out what happened. #BREAKING @69News pic.twitter.com/RydQqDUh4J