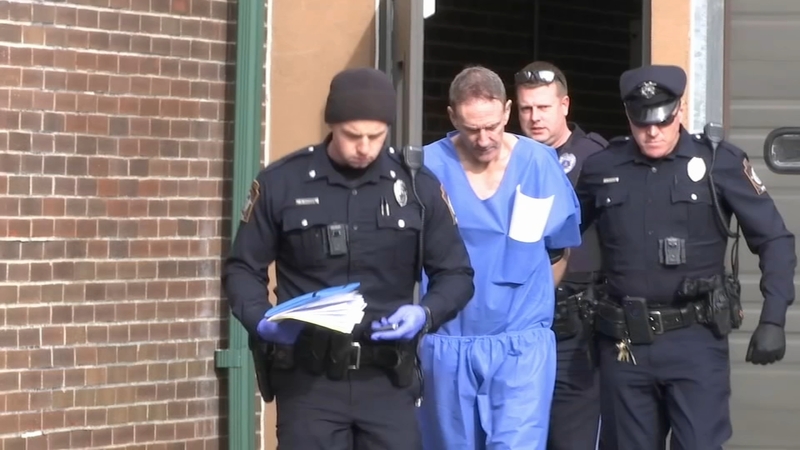 HILLTOWN TOWNSHIP, Pennsylvania (WPVI) -- A woman is recovering after police said she escaped to safety through a window after being raped by a man high on drugs in Hilltown Township, Bucks County.

Police said it all started when a 35-year-old woman called for help after escaping just before 8 p.m. Wednesday.

Investigators said the victim told them she was held against her will, beaten and raped, by 48-year-old Curtis Fish. Police said Fish lives in the home along the 2000 block of Hilltown Pike near Baringer Avenue.

Police believe the two knew each other, but investigators aren't sure how well.

Investigators said Fish refused to come out of the home. They said they made a move after eight hours of trying to convince him to surrender.

"Eventually we used tear gas to try to get him to come out, but was unsuccessful," said Hilltown Township Police Chief Christopher Engelhart.

Police then broke through the front door after 11 hours.

"Tactical team members then made entry into the residence, then found him in a closet," Engelhart said.

Investigators said Fish didn't put up a fight, but police believe he was high on drugs.

"That made things much more complicated. We were unable to successfully negotiate with him to get him out of the residence," Engelhart said.

The chief wasn't sure if the victim was under the influence of drugs, but said she was being treated at Lehigh Hospital for significant injuries.

Fish was taken to Grand View Hospital, according to Engelhart.