The preliminary report does not say what caused the crash.
WPVI
By 6abc Digital Staff 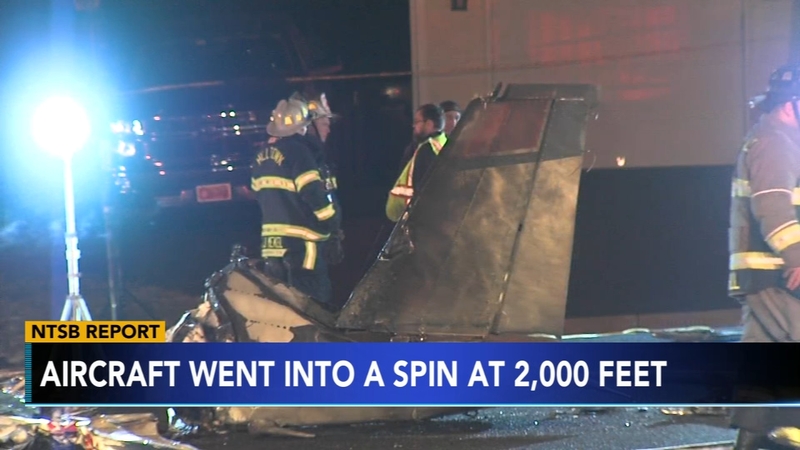 Authorities say 74-year-old Alfred George Piranian and 55-year-old Brian Filippini were both killed when the single-engine aircraft went down in Hilltown Township on February 24.

According to the preliminary report, the pilot was practicing for a test and performing maneuvers at 2,000 feet when his plane went into a spin and crashed. The report does not say what caused the crash.

A propeller sliced through the upstairs Bucks County bedroom of Brian Rush and landed near a crib.

Catherine LaPat was outside on her deck when she heard a plane sputtering overhead. She says she and her daughter ran towards the crash to see if they could help.

According to the Federal Aviation Administration, the plane departed from Doylestown Airport and was en route to Gunden Airport in Perkasie when it went down right near Pennridge Central Middle School.

No one on the ground was injured.