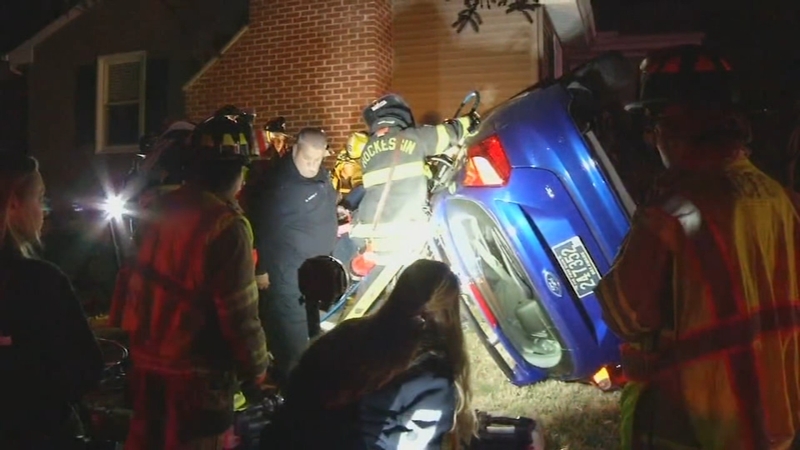 HOCKESSIN, Delaware (WPVI) -- Rescuers had to cut a driver from his car after he nearly crashed into a home in Hockessin, Delaware Tuesday night.

It took firefighters nearly 30 minutes to free the man.

Authorities said the driver missed a curve along northbound Route 41 around 10 p.m. His blue Ford swerved, hit a boulder, then went airborne into Michael Cooper's yard.

On Wednesday morning, Cooper said this isn't the first time something like this happened at his home.

He said he has lived at the house for five years and in that time there have been four major crashes.

That's when he decided to build a berm in front of his home.

"Thankfully I put that in because that's what I think prevented the car last night from hitting my house," Cooper said.

Cooper said the car very close to hitting his home.