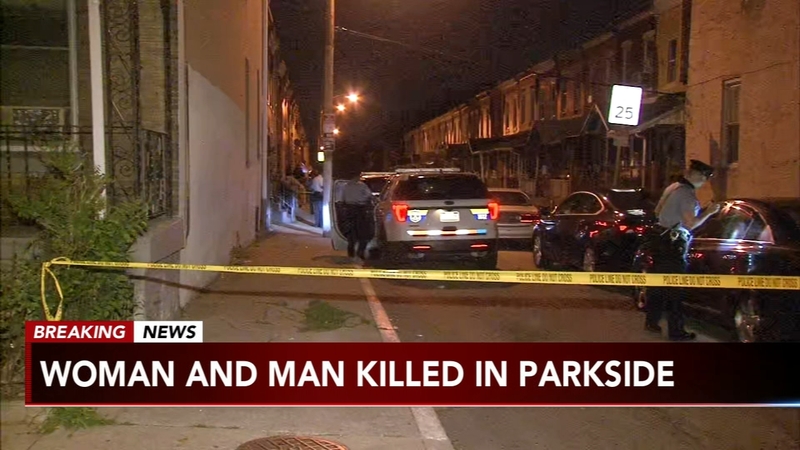 PHILADELPHIA (WPVI) -- Police are investigating a deadly double shooting in the Parkside section of Philadelphia.

Police say a woman was shot dead inside a house.

A man was struck by three bullets and taken to the hospital in critical condition. He was pronounced dead shortly before 5:30 a.m.

Investigators don't have a motive.

They are questioning other people found inside the boarded-up building. Authorities described the building as a known drug house.