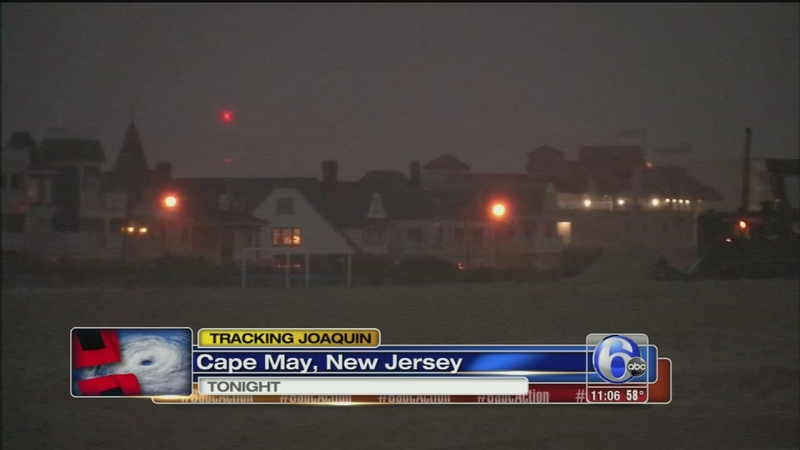 CAPE MAY, N.J. (WPVI) -- While the latest forecast models show Hurricane Joaquin shifting away from shore, officials across the Jersey shore are still keeping a close eye on the storm.

In Cape May, many businesses were closed, mostly due to the end of a busy summer. Others shut down early due to stormy weather, and a lack of visitors to the shore.

"A lot of people are afraid because of Sandy, when Sandy hit," said Al Lewis of Cape May.

Atlantic City officials are warning residents to prepare for the possibility of evacuations ahead of Hurricane Joaquin - whose path is uncertain.

In Ocean City, firefighters spent the day tuning up military vehicles, preparing for the worst.

Tidal flooding brought water into the street and backyards on Ocean City's bayside.

Residents said while this is minor, it could be a sign of what's ahead.

"Concerned right now because of all the different information we're getting on what's going to happen," said Bob Landau of Ocean City. "It's a two-part storm, it might hit, it might not hit, so you don't know what to expect."