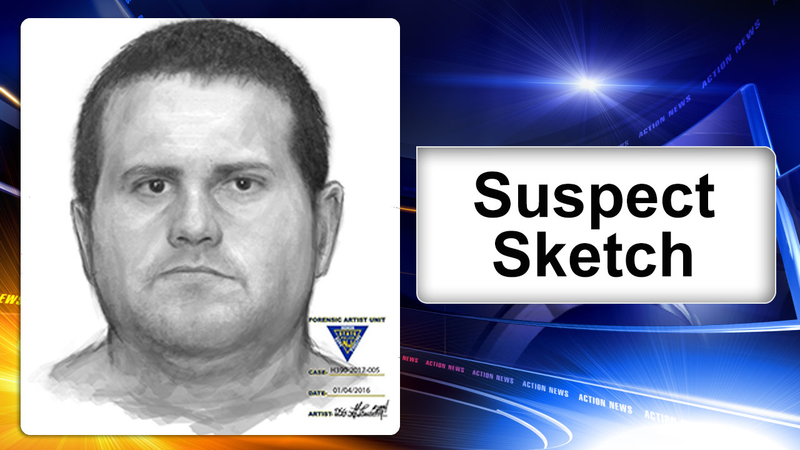 EVESHAM TWP., N.J. (WPVI) -- Police in South Jersey have released a composite sketch of the suspect they are trying to identify that has been spotted at least three times exposing himself to teenage girls and women.

Officials say the man was completely nude except for the sneakers he had on his feet.

The most recent incident took place this past Friday afternoon in Evesham Township.

Investigators say a heavyset man driving a Jeep pulled over, got out of his vehicle, and simply started running toward a pair of teenage girls.

Those girls quickly ran to their homes, and were not injured.

Two other very similar cases have been reported in nearby Medford Township. The most recent taking place nearly two weeks ago, on Dec. 21.

Medford Twp. Police Lt. Arthur Waterman explains, "The subject drove past the person, came back again and then proceeded to get out of the vehicle completely naked and actually look into a trash can at one of the residences."

Lt. Waterman says the other such encounter took place on Nov. 30.

In each of these cases, the person involved is described as a heavyset white man with brown hair and an excessive amount of body hair.

His vehicle is described as an older model Jeep with a white decal on the right side of the rear window.

We spoke with people from both communities who say they want to make sure their neighbors know what is going on.

"Just keeping our eye out, talking to neighbors, making sure my neighbors are aware," said Pat Gleason of Evesham.

The man involved has not injured anyone in any of these cases, but authorities and neighbors want this person off the streets.