US Marine Alexander Curry-Fishtorn, 22, charged in connection to teen kidnapping 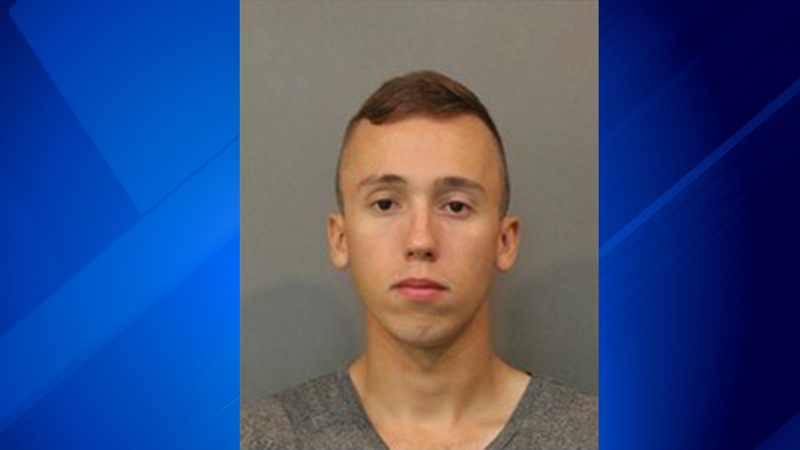 CROWN POINT, Indiana -- A U.S. Marine has been charged in the kidnapping of an Indiana teenager who was the subject of an Amber Alert last weekend.

Alexander Curry-Fishtorn, 22, is facing 21 felony charges, including four counts of kidnapping, five counts of criminal confinement, six counts of stalking, and three counts of domestic battery, according to the Lake County (IN) Sheriff's Department.

If he is found guilty, Curry-Fishtorn could also be held accountable under the Uniform Code of Military Justice.

Curry-Fishtorn and a 16-year-old girl were found by FBI agents outside Little Rock, Ark. Sunday morning after a nationwide Amber Alert was issued for the missing teen.

The girl was reported safe and returned home with her family Monday morning.

According to prosecutors, Curry-Fishtorn dragged the teen into his car off the road near Crown Point Friday night, after her car broke down on her way home from work. Her car was found abandoned with her belongings still inside at an intersection not far from home.

U.S. Marine Alexander Curry-Fishtorn, 22, has been charged in the kidnapping of a Northwest Indiana teenager who was the subject of an Amber Alert last weekend.

The girl told prosecutors she quickly realized Curry-Fishtorn had planned the entire thing, and had all his belongings in the back of the car, according to the affidavit. The teen said Curry-Fishtorn told her, "I have a gun, don't try anything".

According to court documents, the teen said Curry-Fishtorn drove her to a friend's house in Arkansas, where he said he'd planned to hold her until she turned 18-years-old and the charges could be dropped.

The girl's mother, Nichole Cain, said Curry-Fishtorn was stalking the teen when he tampered with her car, kidnapped her, then allegedly forced her to dye her hair black.

"He rigged the car so the door wouldn't open," said Cain. "She was trying to get out. She said she was kicking and screaming when he grabbed her and just took off. And she went from a blonde to now her hair is dyed black."

Cain said Curry-Fishtorn has been stalking her daughter for over a year after meeting her at a Marine recruitment facility in Crown Point. The 16-year-old was training there with a group of young people once a week to one day become a Marine.

Cain said Curry-Fishtorn was assisting the training program and started secretly seeing her daughter, which then allegedly led to physical abuse, threats of violence and ultimately an order of protection.

It appears she may not have been his only target.

"I had two mothers write me and say he did the exact same thing to them, but when police got involved he stopped," Cain said. "They banned him from the building to stop him from assisting, they did stop him from being around the kids."

The Marine Corps released a statement to our sister station WLS about the allegations:

"The Marine Corps takes all allegations brought against its members very seriously and does not tolerate any behavior that violates the law. If Curry-Fishtorn is charged and found guilty of violating the law, he will be held accountable in accordance with the Uniformed Code of Military Justice."

Authorities have not shared how the pair was found at this time.