A 19-year-old woman was raped at gunpoint on August 1, 2017 in Norristown Farm Park. 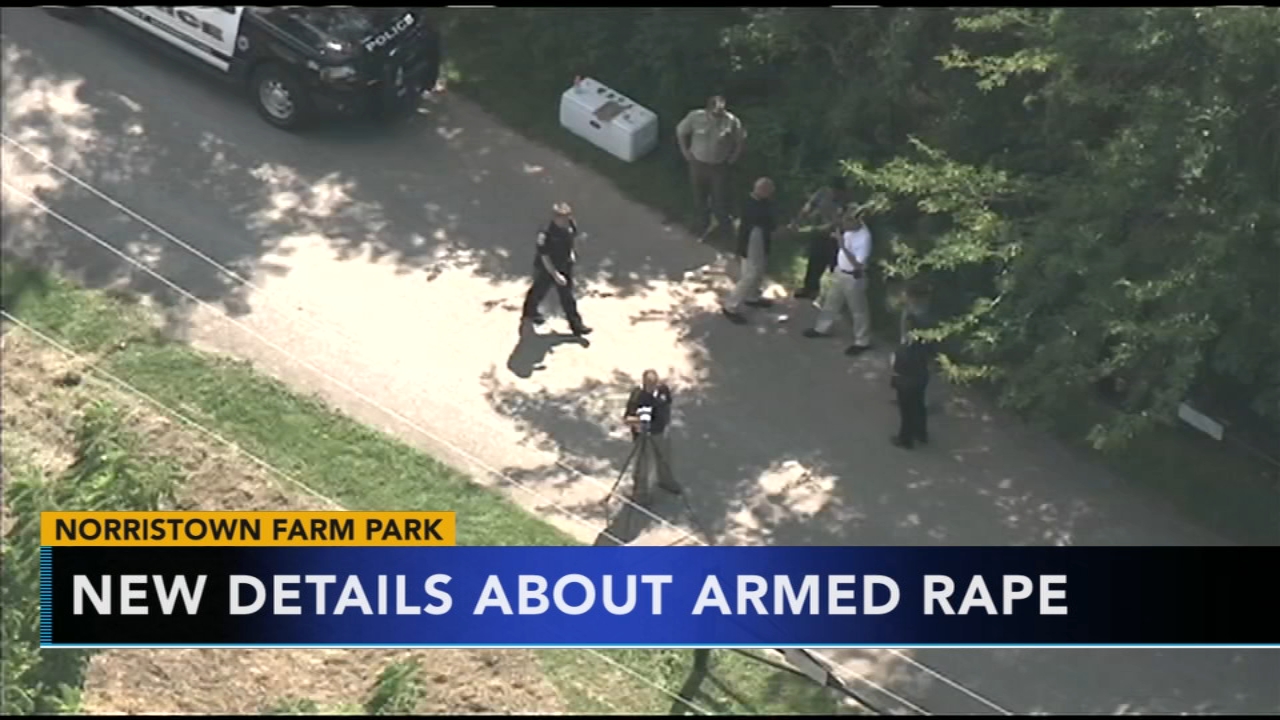 Montco DA releases new details in Norristown Farm Park rape
New details about the man wanted in connection to a violent rape in a Montgomery County park this past summer.

D.A. Kevin Steele released images of the suspect on Tuesday. The images were created from the suspect's own DNA, using a process called DNA phenotyping.

"Now through some relatively new technology, we can try to put a face on the DNA evidence that we have in the case," said Steele.

DNA phenotyping is the process of determining ancestry from DNA evidence, then using scientific approximations to predict physical appearance and generate a composite illustration of the suspect, putting a face to the DNA.

"Using thousands and thousands of comparisons of DNA, this composite illustration is a prediction of what the suspect looks like," Steele said.

The suspect's DNA found that he's about 52 percent European and 45 percent African. That nearly 50/50 mix of African and European ancestry is fairly rare and may indicate a close relative, possibly a parent, is of European descent. Of course, the DNA can't determine exact hairstyle, tattoos, scars, age or weight.

"There's only so much that we can predict. We don't know the person's age or weight so our predictions are always a default age of 25 and normal body weight, which it sounds like is appropriate in this case," said Dr. Ellen Greytak of Parabon Nanolabs in Reston, Virginia, where the composite was generated.

The victim was attacked on Stoney Creek Road. She didn't get a good look at him, but said her attacker was a black man in his 20's or 30's. She also noted the man was wearing a sweatshirt on an 86 degree day.

A $10,000 reward is being offered for information leading to the identification and arrest of the person responsible. If you may have information contact Montgomery County Detectives or West Norriton Township Police.