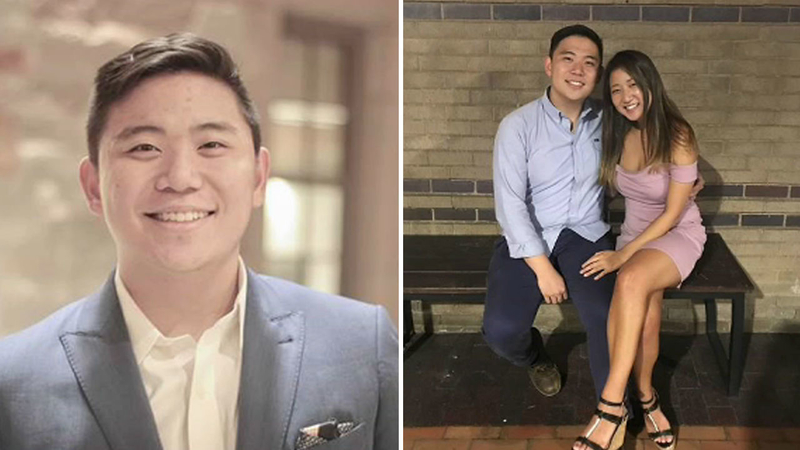 BOSTON -- A former Boston College student charged with involuntary manslaughter in connection with her boyfriend's suicide pleaded guilty Thursday as part of a plea deal.

Inyoung You, 23, changed her plea two years after initially pleading not guilty in Suffolk Superior Court in Boston in the death of her then-boyfriend, Alexander Urtula.

Urtula died by suicide at the age of 22 on May 20, 2019, the day of his graduation from Boston College. Prosecutors argued that You "directly contributed" to Urtula's suicide through "escalating and unrelenting verbal, physical and psychological abuse that she admitted in court," the Suffolk County District Attorney's Office said in a statement following Thursday's hearing.

Prosecutors said You sent Urtula more than 47,000 text messages over the course of their 18-month-long relationship, in which she "repeatedly told the victim that he should kill himself or die and waged a campaign of abuse that stripped the victim of his free will," the statement said.

"The abuse became more frequent, more overwhelming, and debilitating in the days and hours leading up to Mr. Urtula's tragic death," the district attorney's office said.

As part of the plea deal, Judge Robert Ullmann sentenced You to 10 years probation, during which she is barred from profiting financially from the case. If she adheres to the terms of her probation, which also includes community service and mental health treatment, she can avoid a two-and-a-half-year jail sentence.

The sentence was recommended by prosecutors and You's legal team and "made in close consultation with the Urtula family," District Attorney Rachael Rollins said in a statement.

"It is consistent with their desire to seek accountability and closure and to protect the legacy of Alexander, a loving son, brother, and uncle," Rollins continued. "They believe this is something Alexander would have wanted."

The Urtula family read a victim impact statement during the hearing and shared a photo of him with his nephews.

"We bear no feelings of anger or reprisal. We believe that time will take us through in the moments we mourn and celebrate his life," the family said, according to the Associated Press.

You declined the opportunity to speak in court and her lawyer, Steven Kim, said she was "very distraught," the AP reported. You is a "wonderful young woman who has deep, deep remorse," Kim said, according to the AP.

The case has drawn comparisons to that of Michelle Carter, who was convicted of involuntary manslaughter in 2017 three years after her then-boyfriend, Conrad Roy III, died by suicide. Carter, who had sent Roy texts urging him to kill himself, was sentenced to 15 months in jail. She was released about three months early in 2020.

If you are struggling with thoughts of suicide, or worried about a friend or loved one, help is available. Call the National Suicide Prevention Lifeline at 1-800-273-8255 [TALK], or text TALK to 741-741 for free confidential emotional support 24 hours a day 7 days a week.