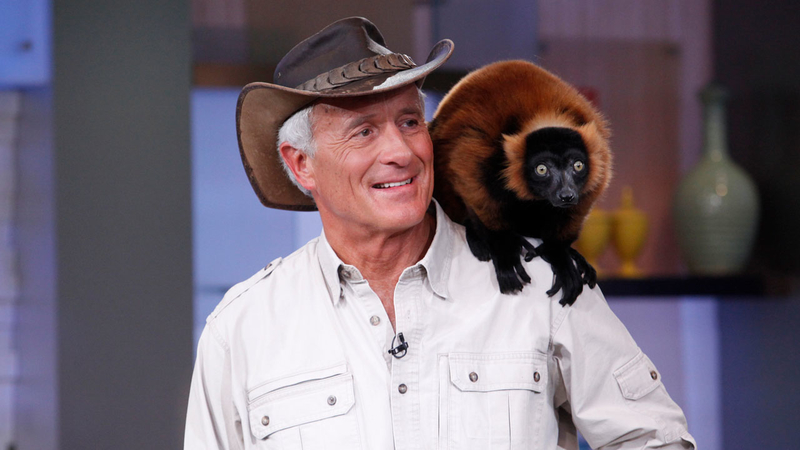 Celebrity zookeeper and animal TV show host Jack Hanna, Director Emeritus of the Columbus Zoo and Aquarium, has been diagnosed with dementia thought to be Alzheimer's, his family announced Wednesday.

"Today, we reach out to share some personal Hanna Family news," his children, Kathaleen, Suzanne and Julie, said in a letter. "Doctors have diagnosed our dad, Jack Hanna, with dementia now believed to be Alzheimer's disease."

The 74-year-old Hanna was a longtime contributor to "Good Morning America" beginning in the early 1980s and is one of the most notable animal experts in the United States. He became a worldwide advocate for animal rights and for taking care of mother earth.

His family said his condition has deteriorated rapidly.

"His condition has progressed much faster in the last few months than any of us could have anticipated," the letter read. "Sadly, Dad is no longer able to participate in public life as he used to, where people all over the world watched, learned and laughed alongside him."

Hanna, who always wore khakis on every television appearance and in photos, hosted the popular syndicated TV show "Jack Hanna's Animal Adventures" from 1993 to 2008. He also hosted "Jack Hanna's Into the Wild," which started in 2007, and "Jack Hanna's Wild Countdown" until last year.

According to his website, he first appeared on "Good Morning America" in 1983 following the birth of baby twin gorillas at the Columbus Zoo. Over the nearly 40 years that followed, he became a regular guest and wildlife correspondent.

He became a mainstay on the set of "GMA" not only because he brought animals, but it was how he interacted with them, with such grace and respect, that endeared him to so many.

He retired last year from the zoo, where he first showed up with wife and three little girls back in 1978.

"While Dad's health has deteriorated quickly, we can assure you that his great sense of humor continues to shine through," his family wrote. "And yes - he still wears his khakis at home."

"Which is ironic, given Dad's love of interacting with people," they wrote. "We are grateful that the many hearts he's touched over the years are with him during this journey, which gives us strength."

He grew up on his family's farm in Knoxville, Tennessee, volunteering at the local veterinarian office and becoming the best expert with animals.

"He has spent his life connecting people and wildlife, because he has always believed that having people see and experience animals is key to engaging them in more impactful conservation efforts," his family said. "He's always said, 'You have to touch the heart to teach the mind.'"