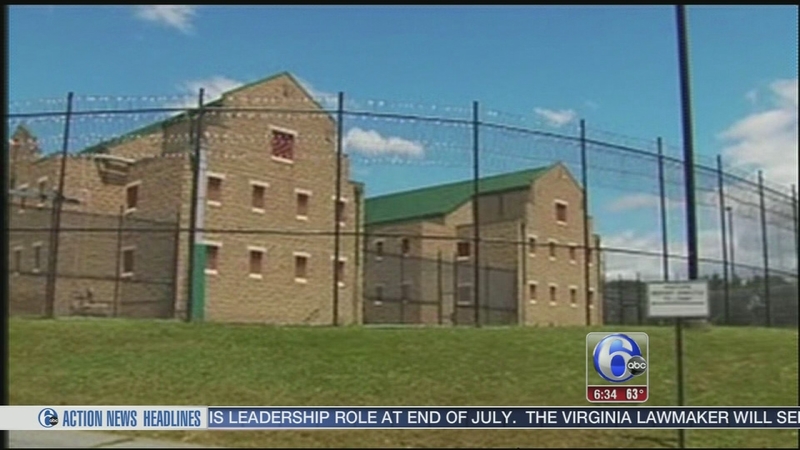 READING, Pa. -- A Pennsylvania mother of seven died in a jail cell where she was serving a two-day sentence for her children's absence from school, drawing complaints from the judge that sent her there about a broken system that punishes impoverished parents.

Eileen DiNino, 55, of Reading, was found dead in a jail cell Saturday, halfway through a 48-hour sentence that would have erased about $2,000 in fines and court costs. The debt had accrued since 1999, and involved several of her seven children, most recently her boys at a vocational high school.

"Did something happen? Was she scared to death?" said District Judge Dean R. Patton, who reluctantly sent DiNino to the Berks County jail Friday after she failed to pay the debt for four years.

He described her as "a lost soul," and questioned Pennsylvanian laws that criminalize such lapses as truancy or failing to pay a trash bill.

"This lady didn't need to be there," Patton said. "We don't do debtors prisons anymore. That went out 100 years ago."

Her death is not suspicious, but the cause has not yet been determined, police said.

More than 1,600 people have been jailed in Berks County alone - two-thirds of them women - over truancy fines since 2000, the Reading Eagle reported Wednesday. Reading, the county seat, is about 60 miles northwest of Philadelphia.

"What you see is kind of a slice of inner-city life," said lawyer Richard Guida, who handled truancy cases, including DiNino's, as a Reading School District solicitor for more than a decade. "The people home taking care of the children are mothers. Many times, they're overwhelmed, and some of these kids are no angels."

Language barriers can also be an issue for letters and phone calls between the parents and school, given that the vast majority of the city and school population is Hispanic, he said.

The truancy fines themselves might be $75 or less. However, the debt can add up over court costs and fees. DiNino's court file shows a laundry list of court fees for one case alone: $8 for a "judicial computer project"; $60 for Berks County constables; $10 for postage. And she had been cited dozens of times over the years.

"The woman didn't have any money," said Diana L. Sealy, whose son married DiNino's daughter. "Years ago, I tried helping her out. She had all these kids."

Patton said he has lost sleep over her death. At the same time, he acknowledged that a short jail stint can sometimes "break the habit" of parents who'd rather party into the night than take their children to school the next day. The county started a program a few years ago that gives families 30 to 60 days to keep daily logs of each class and assignment. He estimated that the district truancy rate had dropped more than 30 percent.

DiNino did not work or appear to have much help with four children still at home, according to Patton. She frequently skipped hearings, or arrived without requested documents.

"She cared about her kids, but her kids ruled the roost," Patton said. "She was just accepting what was coming, and (would) let the cards fall where they may."

Although she was often unkempt, she came to court clean and neat to surrender Friday, he said. She had on clean sweatpants, had combed her hair, and had tape holding her glasses together.

"She was a different person. She was cleaned up, smiling," Patton said. "I think she realized, when this is done, the weight was off her shoulders."

"This woman died in prison, away from her family," Barnhardt told the Reading Eagle. "And for what?"