'Be Jalen Hurts': The once-benched QB is back in a starting role 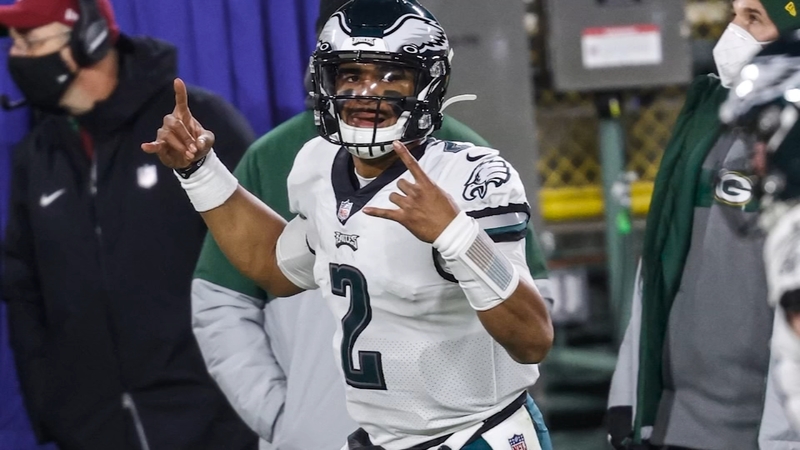 PHILADELPHIA (WPVI) -- Jalen Hurts was so upset he was crying.

Hurts upset afterward in his hotel room turned to his father and said, "What are we doing to do?"

Hurts did just that. He fought.

He fought to get better especially in the passing game so he wouldn't be viewed only as a gadget and running quarterback.

Hurts would transfer to Oklahoma where he worked on his passing game and drastically improved. He had a brilliant 2019 season and was runner-up for the Heisman Trophy award.

"The guy's got great character," Saban said. "He's as fine a person as we've ever had in the program. He's a very good leader. He's a hard worker. He's well-liked by his teammates. Winning was important to him, and he wanted to do whatever he had to do to try to help his team have a chance to win. I think he probably went through a much more difficult circumstance here in terms of being 26-2 or whatever he was as a starter and then somebody else starting in his place, and then he had to take that person's place in the SEC Championship Game and go in and win the game - and come from behind to do it."

Saban continued, "So, he's been in a lot of tough circumstances, and he was very supportive when he was the guy, he was supportive of the guy behind him. When that guy became the man, he was very supportive of him when he had to sit behind him. And he also worked really hard in the backup role so that he could improve and get better so that he would have a chance to play in the NFL someday, and he really took advantage of that.

"So, when he went to Oklahoma, I thought he was a better passer and really did a lot of things really, really well. This is as good a person - and I feel bad for you all in Philadelphia if you haven't had a chance to meet him because he's a guy that's really easy to fall in love with, that's for sure, because he's a great person and he's got a great family."

Hurts says he has not forgotten where he has come from. He has experienced the highs and the lows on the biggest stage in college; now, he's getting set for the big stage of the NFL and his first career start for the Eagles who are throwing the rookie the starting role to help spark one of the worst offenses in pro football. 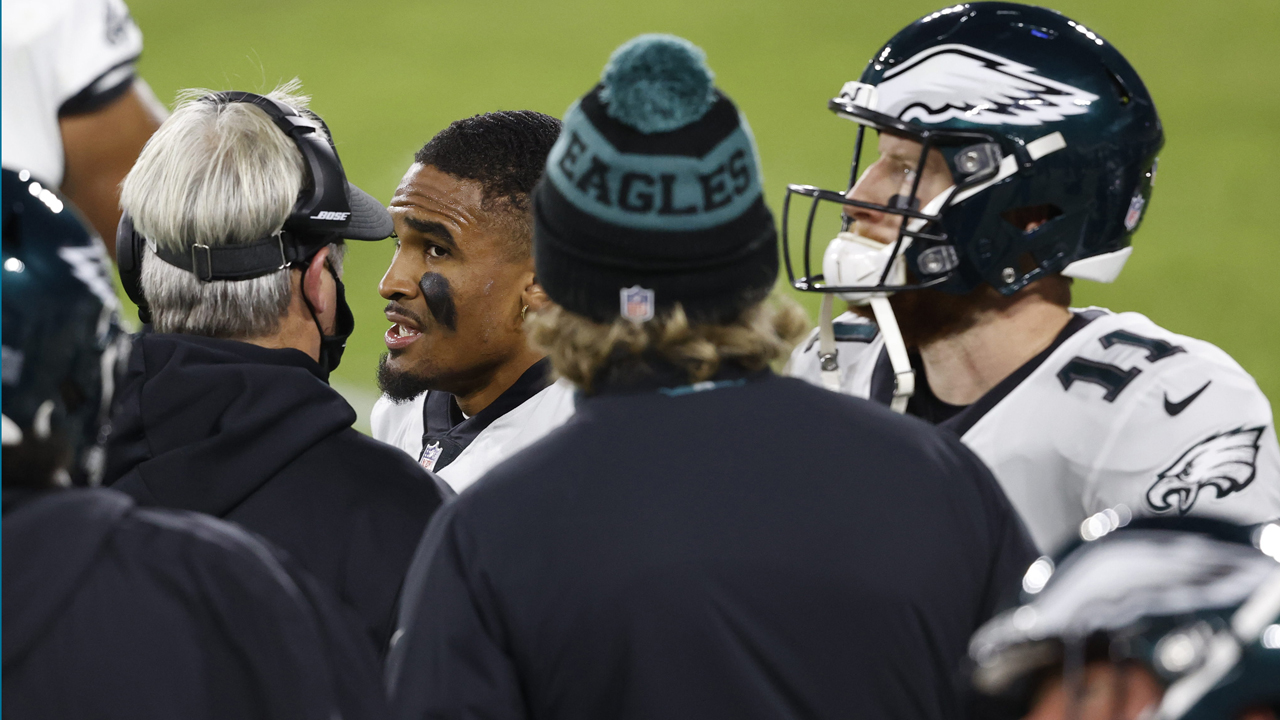 Head coach Doug Pederson says he did not expect the Eagles to be in this situation, 3-8-1 record which is their worst start in 8 years and benching Carson Wentz for the rookie who they drafted in the 2nd round.

"No, no. I never thought that - we're talking way back in April am I sitting here thinking that this was going to happen? No, and it's kind of a hypothetical. expect us to be here, no," Pederson says.

Even some Eagles players are surprised Wentz is being bench for Hurts, but the Eagles need a spark and we will see if Hurts can give them that Sunday against the Saints.

"It's kind of hard to believe we're at this point now, to be honest with you. This season has not gone how any of us anticipated or would like it to have gone. But sitting here 3-8-1, you gotta do something," Eagles center Jason Kelce says.

Kelce believes the Eagles have no choice to make a change and fight over the final four games.

The Eagles will fight with Hurts at least this Sunday against the Saints who have the best defense in the NFL with former Eagles star Malcolm Jenkins a key part of their secondary.

Pederson is noncommittal to Hurts beyond Sunday against New Orleans.

"That's big for Jalen to just go out there this week and obviously take control of the huddle like quarterbacks do and just lead the way he knows how. I'm not, and nor do I want him to -- I can think about when I played, they said, 'Hey don't go be (former NFL QB) Brett Favre, be Doug Pederson.' So, that's my message to him, be Jalen Hurts and do the things that he can do," Pederson said. "I think from an offensive perspective just run the show, just run it how he sees it and we'll coach him up through the week and get him prepared."