Candace McCowan has more on the search for the robbers.

Sources say the thieves got away with millions of dollars' worth of jewelry from safes and display cases.

Police are releasing parts of the surveillance video in their attempt to track down the robbers.

New video shows the men in a back room of the jewelry store, the employees on the ground are blurred, and one man handing another a bag.

The video shows a third man standing towards the front of the store.

It happened at noon on Sunday.

The three men posed as customers and were buzzed into Avianne and Company on 47th Street.

Two of them pulled out weapons and used zip ties and duct tape to tie up four employees in a back room.

Eyewitness News spoke to a friend of one of those employees.

"He's like, 'Yeah, I just got robbed this morning.' He said they made the boss open up the safe, he said, 'Thank God that nobody got injured,' he said he's happy to be alive," the friend said.

Investigators also sending still frames of the men on the video, who are all wearing hats, in hopes that someone will turn them in.

Fortunately, no one was hurt.

Investigators are looking at why this store was targeted among the many in the Diamond District. 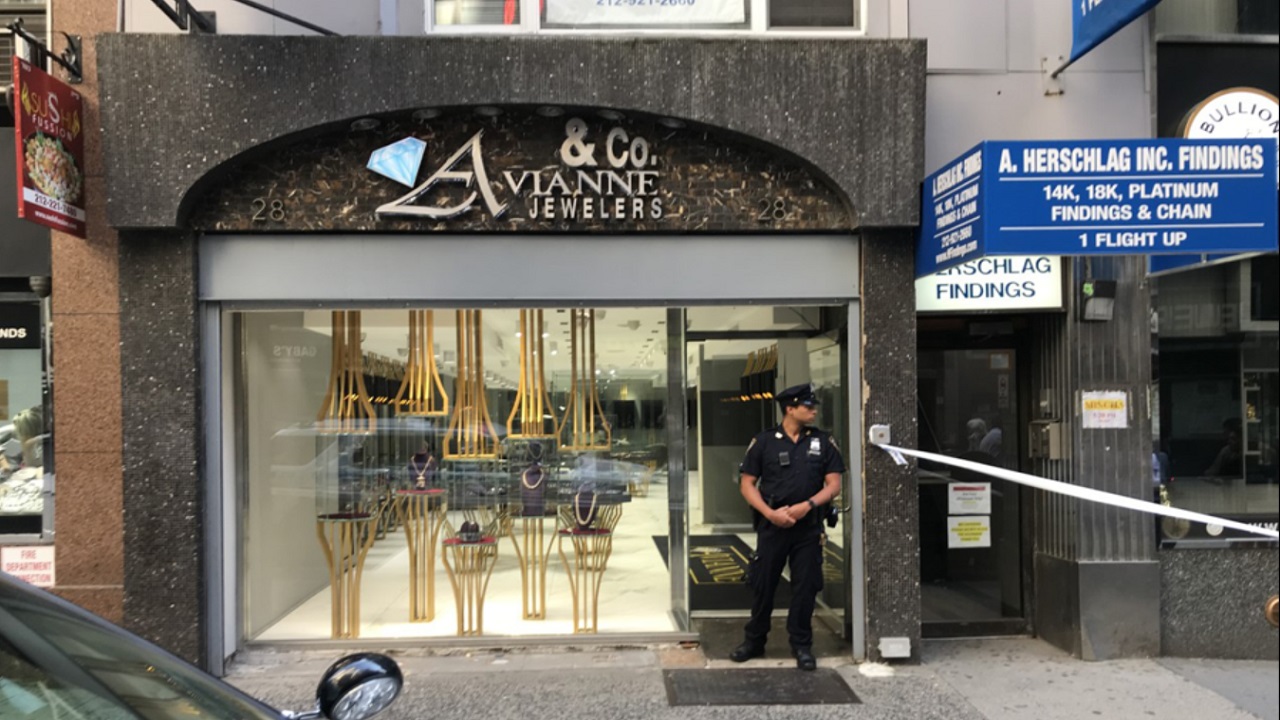 Employees tied up in jewelry store robbery in Midtown Manhattan