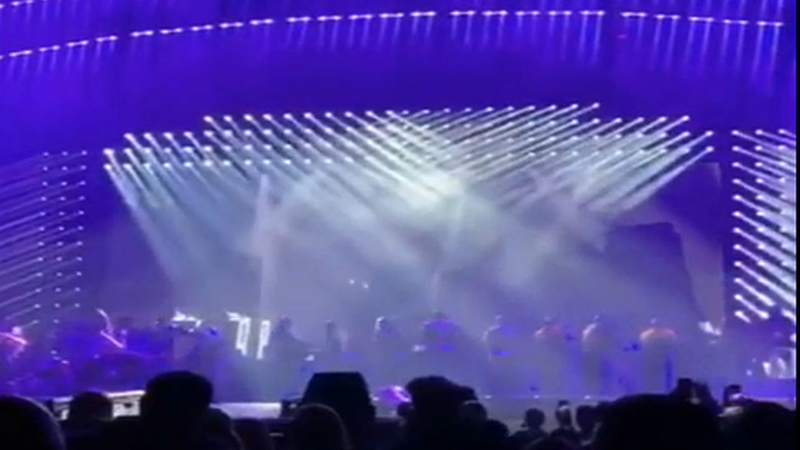 Attendees said the concert went dark about 9:30 p.m. in the middle of Lopez's fourth song of the night. The arena was later evacuated. And at Penn Station, officials were using backup generators to keep their lights on.

More than 25,000 people had to make their way out of the arena without escalators, elevators or air conditioning.

Some fans posted the exact moment the arena went dark:


"I'm obviously heartbroken and devastated. I'm very sad. I love you. I'm so sorry that this happened in the middle of our moment," Lopez said in a video she posted to social media.

A spokesperson with MSG released the following statement:

"Due to power outage issues in parts of Manhattan, which included Madison Square Garden, tonight's Jennifer Lopez show was forced to end early. We will follow up with tickets buyers to tonight's show with more information as soon as we have it."

Lopez announced that the concert has been rescheduled for Monday night at 8. The original tickets will be honored for that performance.