How Philadelphia region will benefit from Biden's $1 trillion infrastructure bill

"America is moving again and your life is going to change for the better," said Biden on Monday.

Here's how the Philadelphia region will benefit from President Biden's $1 trillion infrastructure bill that was signed into law today.

WASHINGTON (WPVI) -- President Joe Biden signed his hard-fought $1 trillion infrastructure deal into law Monday before a bipartisan, celebratory crowd on the White House lawn, declaring that the new infusion of cash for roads, bridges, ports and more is going to make life "change for the better" for the American people.

The president hopes to use the infrastructure law to build back his popularity, which has taken a hit amid rising inflation and the inability to fully shake the public health and economic risks from COVID-19.

"My message to the American people is this: America is moving again and your life is going to change for the better," he said.

Delaware, New Jersey and Pennsylvania are expected to receive billions of dollars to assist with infrastructure needs.

SEPTA issued a statement on the influx of funding, stating that the money will allow them to "move forward with our Projects of Regional Significance, including Trolley Modernization, King of Prussia Rail and replacing one of the nation's oldest rail vehicle fleets."

In addition to those funds, Pennsylvania will get another $11.3 billion for federal-aid highway programs. But it's also about where the roads lead. Some of them go straight through neighborhoods like Nicetown and Chinatown.

Within the infrastructure plan is $1 billion for the national Reconnecting Communities program. It's something Congressman Evans pushed for in D.C. He's hoping to get some of that money here.

Pennsylvania will now have a chance to compete for its share of that $1 billion in the Reconnecting Communities program in addition to funding that has already been secured, and more potential federal funding pending in an upcoming plan.

"It makes planning dollars available to reevaluate the design of these particular communities," said Evans.

Internet inequities are also a part of the act, with the state receiving at least $100 million to help provide broadband internet in rural and urban areas.

"Within the city, we're looking to extend broadband to every neighborhood and every kid," said Kenney.

The funds would also be used to improve schools.

"We're hoping that we'll be able to use some of the money for our aging schools with asbestos and lead," Kenney said.

The funds can also provide opportunities that may help reduce crime.

"We're also looking for job training dollars to get some of our young people in the right direction," said Kenney.

There's no timeline yet for when Pennsylvania will start seeing those federal dollars at work on our roads and railways. Some of the funds will be distributed over time: like $355 million over five years to improve airports across the state.

The bill also includes millions of dollars to install electric vehicle chargers across the state and more than $1 billion to improve Pennsylvania's water infrastructure.

Here is a full breakdown of how the region will benefit. The states are also eligible to compete for billions of more dollars in federal funding for various programs under the Infrastructure Investment and Jobs Act:

Biden held off on signing the hard-fought infrastructure deal after it passed on Nov. 5 until legislators would be back from a congressional recess and could join in a splashy bipartisan event. On Sunday night before the signing, the White House announced Mitch Landrieu, the former New Orleans mayor, would help manage and coordinate the implementation of the infrastructure spending.

The gathering Monday on the White House lawn was uniquely upbeat with a brass band and peppy speeches, a contrast to the drama and tensions when the fate of the package was in doubt for several months. The speakers lauded the measure for creating jobs, combating inflation and responding to the needs of voters.

Biden also tried unsuccessfully to tie the infrastructure package to passage of a broader package of $1.85 trillion in proposed spending on families, health care and a shift to renewable energy that could help address climate change. That measure has yet to gain sufficient support from the narrow Democratic majorities in the Senate and House.

Timeline: Brittney Griner's detention in Russia as US secures release 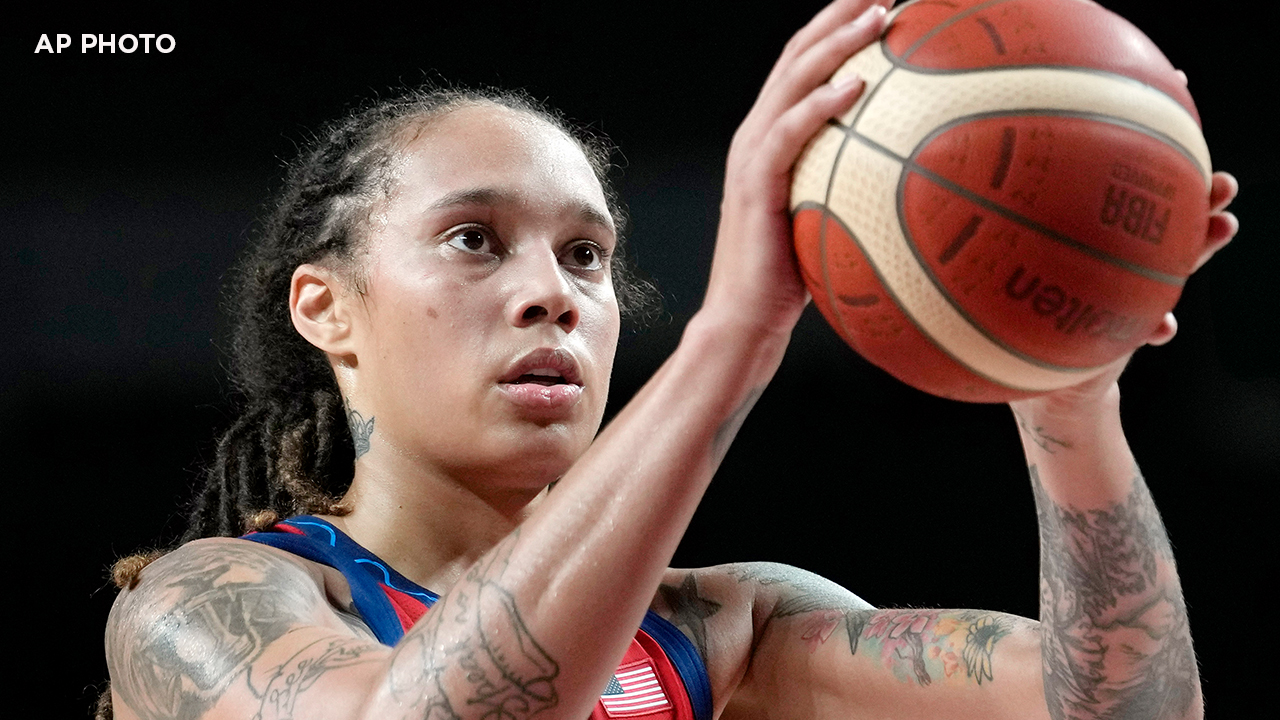 Look back at Brittney Griner's basketball career on and off court