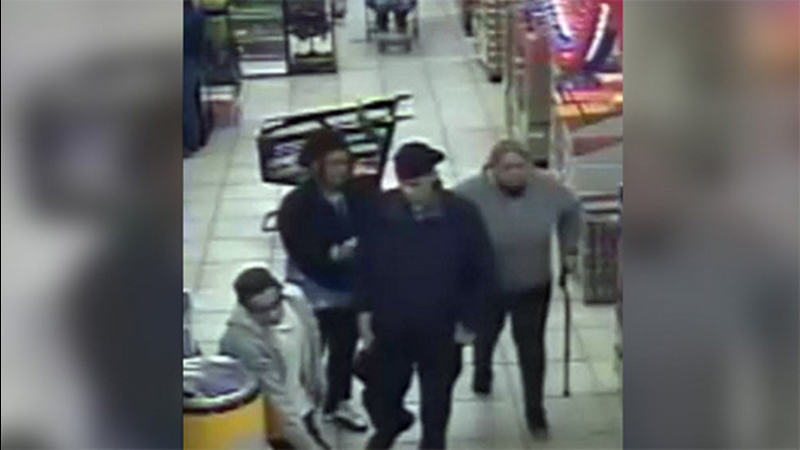 JUNIATA PARK (WPVI) -- Philadelphia Police are asking for the public's help in their search for two men and two women who are wanted for impersonating a police officer.

Police say it was noon back on April 8th when the two male suspects entered the Fresh Market located at 1240 East Erie Avenue in the city's Juniata Park section.

A store security guard tells police that the men appeared agitated and were moving quickly between aisles.

When the security guard approached them, the suspects allegedly told him that they were police officers and then threatened to arrest him.

During the argument two females, who appeared to be shopping with the male suspects, approached as the argument continued.

After the argument all four suspects exited the store. However, the two men returned a short time later and again threatened to arrest the security guard.

When one of the suspects pulled his jacket away to take out handcuffs, the security guard said he saw the handle of a handgun in the rear of his waistband of his pants.

A witness intervened and both suspects then fled the store.

They were last seen in a burgundy Dodge or Plymouth minivan.

The first suspect is described as a Hispanic male, 20 years-of-age, 5'8"-5'10", medium build, wearing a black hat, black jacket, black pants, and possibly a black ballistic vest with yellow writing on the back.

Anyone with information pertaining to the identity and/or whereabouts of these suspects is asked to contact Philadelphia Police.