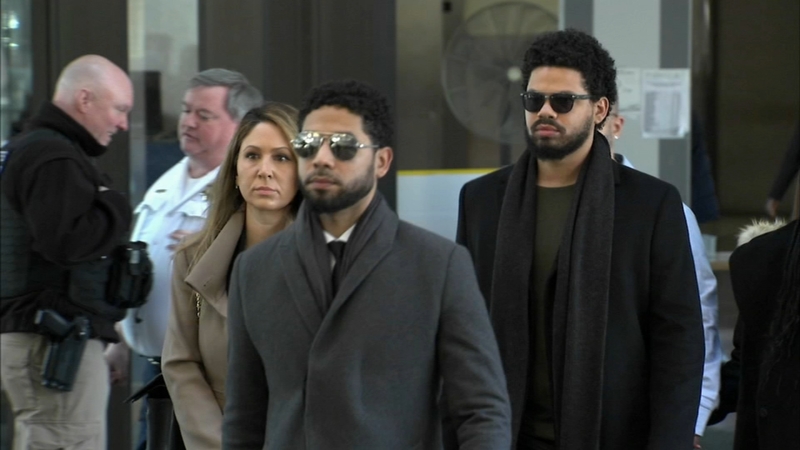 CHICAGO -- Lawyers for the City of Chicago will be in court Thursday hoping to have a counter suit from actor Jussie Smollett dismissed.

The actor's legal team claims the prosecution against him is causing economic harm, humiliation and emotional distress.

The city is still trying to recoup the $130,000 spent investigating what it calls a staged crime.

Smollett was charged with staging the attack in Chicago's Streeterville neighborhood in January. Police and prosecutors said Smollett orchestrated the attack with the help of two brothers. One brother was an extra on "Empire" and the other was Smollett's personal trainer.

All charges against Smollett were dropped in late February in exchange for community service and forfeiture of his $10,000 bond payment.

The counterclaim filed last month accuses the City and CPD of ignoring key evidence that proved Jussie Smollett's claim of an attack. It accuses then Chicago Police Superintendent Eddie Johnson of maliciously going after Smollett without probable cause. "In the face of mounting public pressure to solve the high-profile attack on Mr. Smollett, Counterclaim-Defendant Johnson authorized the CPD...to file a complaint against Mr. Smollett on the basis of false and unreliable evidence from the Osundario Brothers."

The counterclaim is finalized with a demand for a trial by jury, along with compensatory and punitive damages against the City. "As a proximate result of the wrongful conduct engaged in by Counterclaim defendants, Mr. Smollett has suffered and continues to suffer substantial economic damages as well as reputational harm, humiliation, mental anguish and extreme emotional distress in the amount according to proof at trial."

A special prosecutor has been appointed to investigate Cook County State's Attorney Kim Foxx's decision to drop the charges against Smollett.