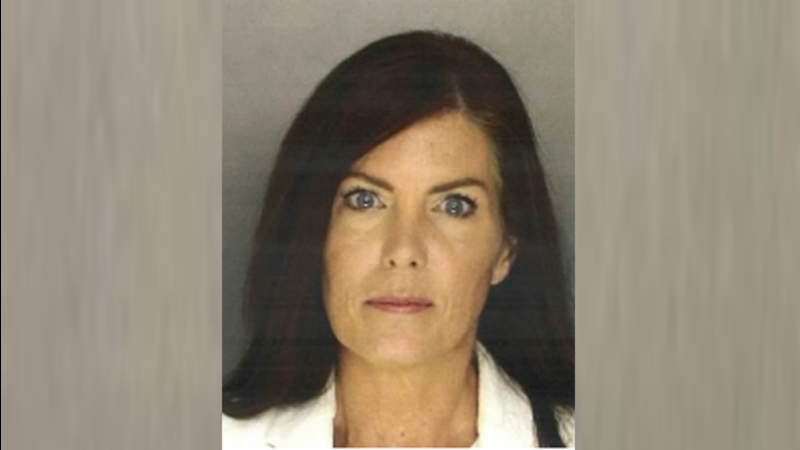 NORRISTOWN, Pa. -- Pennsylvania's top prosecutor barely spoke at her arraignment Saturday on charges including a felony count of perjury, but her attorney stressed afterward that she has no plans to resign, despite growing pressure even among her fellow Democrats.

Attorney General Kathleen Kane did not enter a plea during the brief proceedings via closed-circuit television in suburban Philadelphia and only responded to the judge with yes or no.

She said nothing when she left and avoided a phalanx of news cameras by going out a side door. 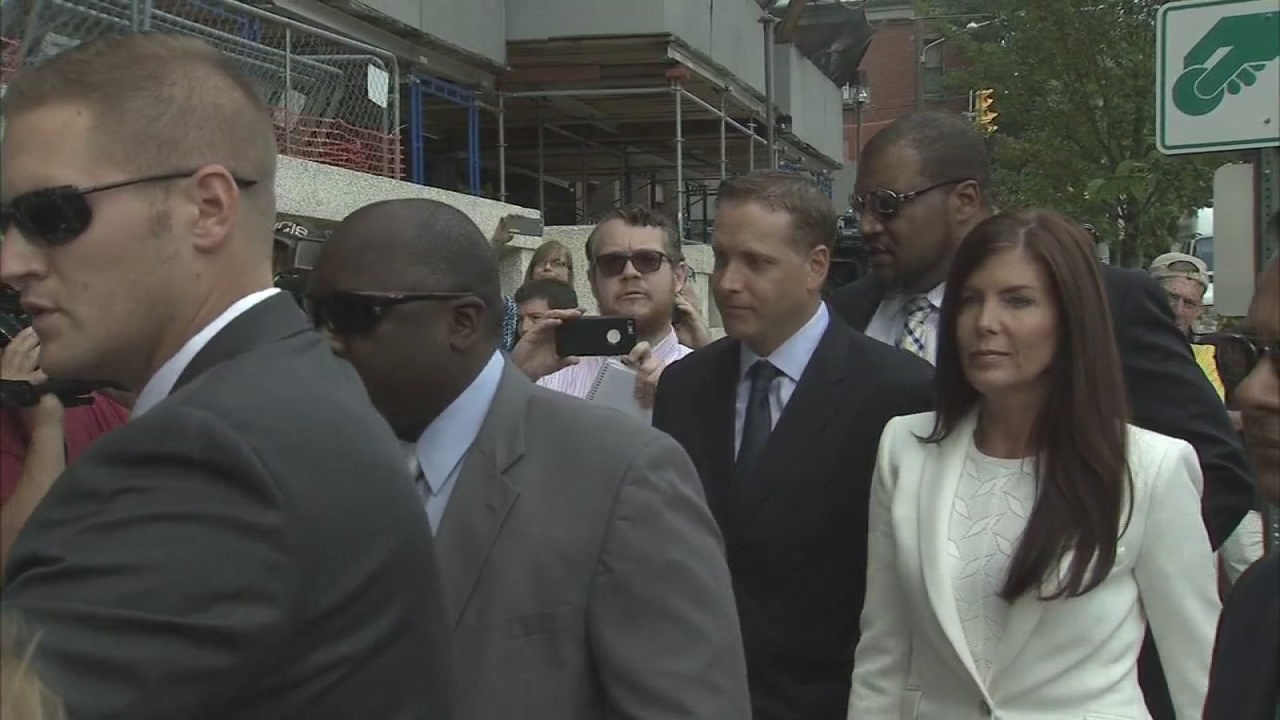 Kane is accused of leaking secret grand jury information through an operative to a newspaper reporter as payback for a former state prosecutor she thought made her look bad, and then lying about her actions under oath.

Prosecutors say she also enlisted aides to spy on office employees and keep tabs on a grand jury probe into the leak.

"We're looking forward to fighting the charges," defense lawyer Rost Kramer said in Norristown after the arraignment. "She has no plans to resign from her position."

Assistant District Attorney Kevin Steele called the case an important one for the citizens of the commonwealth.

"It's a sad day in that there's been arraignment now for the chief law enforcement officer in the state," Steele said. "We're here to proceed with the case and bring justice."

The case against Kane, a political newcomer in 2012 when she became the first woman and first Democrat elected as Pennsylvania attorney general, could end her status as the state's highest-ranking female officeholder.

The 49-year-old Kane contends she is innocent of any wrongdoing and has portrayed herself as a victim of payback for taking on a corrupt, old-boy law enforcement network and exposing state employees for exchanging pornographic emails.

But her support among fellow Democrats has faded in the aftermath of a Thursday news conference at which District Attorney Risa Vetri Ferman outlined specific allegations and filed more than a half dozen charges that also included two misdemeanor counts of obstruction.

Prosecutors say Reese was looking for information to keep the attorney general informed about the grand jury investigating the leak. She directed the spying operation, according to the criminal complaint.

Former Supreme Court Justice Ronald Castille, who authorized the grand jury probe that led to the charges and who retired in December, said Friday that Kane should step down. But she has refused to resign and many critics are exploring possible ways to force her out of office.

Castille said the court, working through its disciplinary board, could order an emergency suspension of Kane's law license if it believes her alleged misconduct has been "egregious."

Though Kane would have 10 days to fight a suspension, Castille said a suspension would force her out of office because the state constitution requires the attorney general to have a law license.

"How can you function as a top law enforcement official facing a felony charge?" he asked.

Another possible scenario calls for Kane's impeachment by the Legislature, a process in which the House brings charges and the Senate acts as the jury.