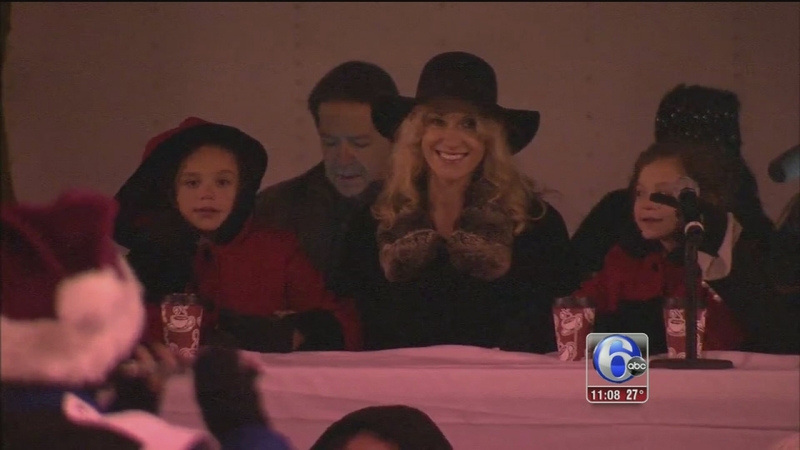 She was the grand marshal for the 150th Hammonton Christmas Parade.

After a huge ovation she spoke to the crowd.

"Tonight I wanna wish each and everyone of you a very happy, healthy Merry Christmas," said Conway.

Conway didn't get political, but rather asked the crowd to pray.

She also commented on the status of what her future role in a Trump administration might be.

Protests were expected. There were a few in the crowd with anti-Kellyanne Conway signs.

"We also have the right to voice our displeasure with the racist, misogynistic, sexist rhetoric she's been using this entire campaign platform," said Falon Papale, protester.

But things did remain peaceful.

Everyone who wanted to got a chance to see Conway.

There's no doubt she made the parade's 150th anniversary even more special.

"We worked on the farm together. Love Kelly. Such an inspiration. I always looked up to her like a big sister," said Lynn Strigh of Hammonton.