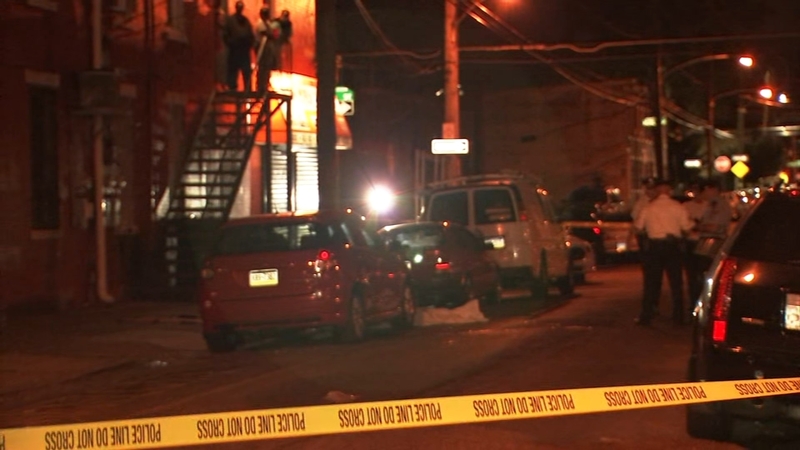 One dead after triple shooting in Kensington

PHILADELPHIA (WPVI) -- One man is dead and two women have been injured in a triple shooting in Kensington early Monday.

The 911 calls started pouring in shortly before 3 a.m.

Arriving officers quickly taped off the area near D and Indiana streets.

According to investigators, it appears the three victims were standing near a red car when a man in a red hooded sweatshirt opened fire.

"Our real-time crime cameras did capture the victims all standing around a red vehicle. At one point you see one of the females actually in the red vehicle. Then she exits the red vehicle, and that's when the shooting occurs," according to Philadelphia Police Chief Inspector Scott Small.

"We know at least nine shots were fired from a large caliber semi-automatic weapon. We found nine spent shell casings on the scene, and all of them were in very close proximity," Small added.

One woman was hit in the neck and another was shot in torso near her hip.

Police said the male victim was unresponsive. Medics tried to revive him, but he was pronounced dead on the scene.

The gunman ran west on Indiana from D Street.