Organizers say more than $220,000 has been donated to CHOP's King of Prussia campus since the event began in 2014.
WPVI
By Alicia Vitarelli 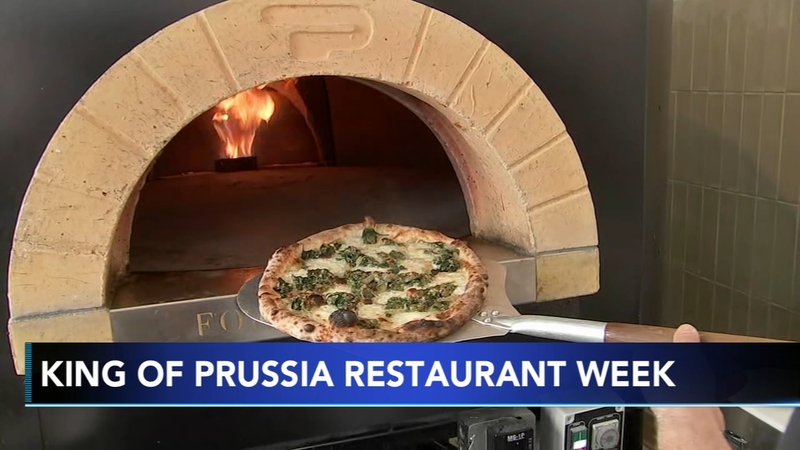 KING OF PRUSSIA, Pennsylvania (WPVI) -- King of Prussia Restaurant Week is back with dozens of eateries and retail shops, and it's all for a good cause.

As always, this year's event benefits Children's Hospital of Philadelphia.

Pizzeria Vetri is brand new to KOP Restaurant Week, and new to the area. The charity aspect was a big draw for them.

"It's really exciting to be involved in this at this time," says John Sidoti, the culinary director of Pizzeria Vetri in King of Prussia.

"Obviously, we do different restaurant weeks, and it's to benefit the business and bring people out. Now, we are also involving such a great organization and benefiting kids as well. That's even more reason to be involved in KOP Restaurant Week," said Sidoti.

At Pizzeria Vetri, the prix fixe menus include an appetizer like the meatballs, pizza and a dessert.

Dinner comes with a drink.

Organizers say this is a great chance to try something new.

"It allows you to try out different restaurants and perhaps some different dishes that you haven't had before at some of your favorite spots," says Rachel Ammon, the director of marketing and communications for King of Prussia District. "You support the restaurants and the retailers that are in King of Prussia, but also raise money for Children's Hospital. So you really can't lose because you're getting a great deal yourself and you're also raising money for CHOP."

Organizers say more than $220,000 has been donated to CHOP's King of Prussia campus since the event began in 2014.