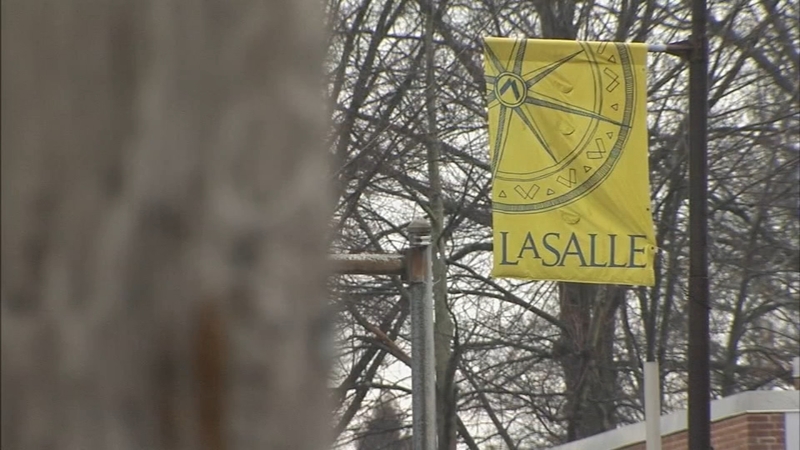 PHILADELPHIA (WPVI) -- A number of recent crimes in the area of La Salle University have the campus community on alert.

Some students have even been robbed at gunpoint.

She's kept each email alert as proof to show her family back home.

"I'm like, 'wow it's actually really true and it's serious,'" she said.

Just this semester alone, Philadelphia police say four La Salle students have been robbed at locations right at the edge of campus.

Two were at gunpoint.

We spoke with one student who knows a victim.

"I'm not sure if he's back at school yet," said Mireille Beaubrun. "I'm not surprised. This isn't a great area. A lot of stuff happens every week."

Police say robberies like these happen most frequently when students are walking alone. Police also advise against walking while distracted, which means putting the phone away and taking out earbuds.

In short: be aware of your surroundings.

"It's coming to the point to where I'm considering commuting next year," said sophomore Sean Keane.

The university and police have scheduled a town hall meeting for students next Monday to discuss a plan of action.

The school declined an on-camera interview on Friday, but released a statement.

Part of it reads: "There has been a heightened level of concern for public safety in areas adjacent to La Salle University. While no incidents have occurred on campus, the safety of our students, staff and faculty remains our top priority."

That meeting with the school, students and police is Monday at 5 p.m. at the Union Theatre.