Langhorne residents on edge after coyote spotted in neighborhood

It's believed the large animal may have killed a woman's dog in recent weeks.
WPVI
By Walter Perez 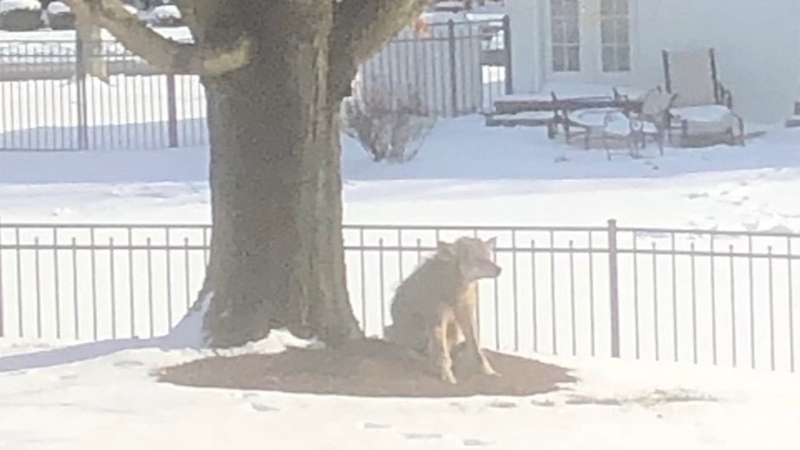 Residents on edge after coyote spotted in neighborhood

LANGHORNE, Pennsylvania (WPVI) -- Residents in Langhorne, Pennsylvania are on high alert after spotting a least one coyote wandering through the neighborhood.

It's believed the large animal may have killed a woman's dog in recent weeks.

"There was a little dog that was killed about a few weeks ago. It was killed from an animal, so we're pretty concerned," said resident Barbara Mattleman.

The dog was an 18-month-old Maltipoo named Laila.

The dog's owner, Sydney Lewis, told Action News it was early in the morning a few weeks ago when she looked through her back window to check on Laila who had been playing in the backyard.

All she saw was Laila's lifeless body several feet away from the back door.

"When I got to my daughter, I shook her. I said, 'I think Laila is dead in our backyard.'"

She says she quickly took Laila to her veterinarian, but it was too late. The dog was pronounced dead on arrival.

Later, the veterinarian confirmed the cause of death.

The Pennsylvania Game Commission is aware of the situation.

As of today, the animal remains on the loose.

Officials say that if you see the animal you should not go near it. The best thing to do is call 911 right away.