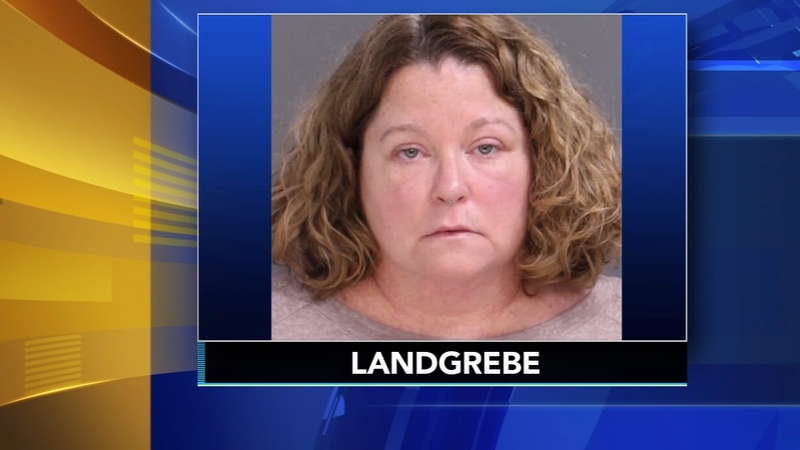 UPPER SOUTHAMPTON TOWNSHIP, Pennsylvania (WPVI) -- A Bucks County woman has been charged in the death of an 11-month old baby she was caring for.

Lauren Landgrebe, 48, is accused of involuntary manslaughter, operating a daycare without a license, and other charges.

Prosecutors say she left the infant unattended for two hours in a car seat while she sat outside by her swimming pool on August 27.

According to an affidavit of probable cause, around 2 p.m. that day, Landgrebe gave the baby a bottle. But because the baby could not hold the bottle herself, Landgrebe propped it up on a rolled hand towel.

According to the complaint, Landgrebe told investigators she did not return to check on the child until 4 p.m.

But during a separate interview with authorities, Landgrebe said she took a photo of the napping baby at some point after 2 p.m., but deleted it from her photos while her husband was on the phone with emergency responders.

Landgrebe's husband found the baby unresponsive sometime after 4 p.m. and partially strapped in a car seat on the dining room table.

The child died of asphyxiation by strangulation after being placed incorrectly in a car seat and left unattended for about two hours, said authorities.

That day, the baby was one of eight children in Landgrebe's care at her home on Rosebud Road in Upper Southampton Township.

Landgrebe's attorney, Ellis Klein, disputed that his client failed to check on the infant, claiming Landgrebe thought the baby was sleeping.

"She loved that baby. This is horrific tragedy," said Klein.

An unidentified woman walking into Landgrebe's house told Action News it was an "accident."