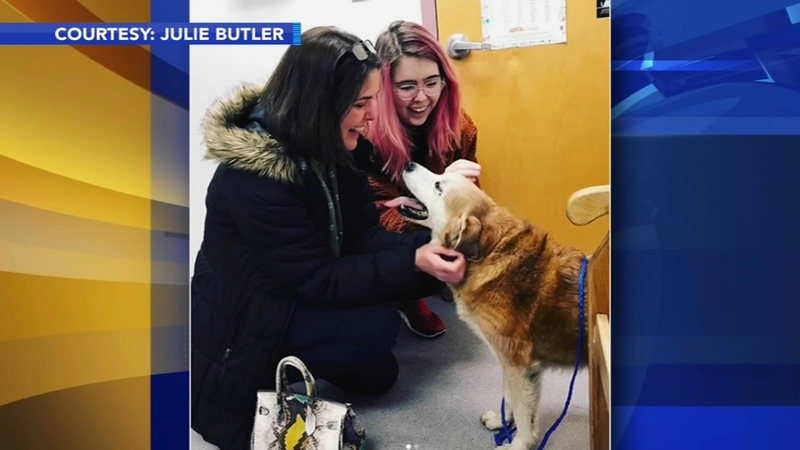 Lost dog back with family after running off during fireworks

LOWER MERION, Pa. (WPVI) -- A Montgomery County family, who refused to give up hope that their lost dog would be found, will be celebrating the holidays as a whole.

Eddie is an 11-year-old Chow-Beagle mix from Lansdale.

Back on October 27th, the senior rescue pup slipped his leash after getting spooked by fireworks at a cancer benefit walk near the Philadelphia Museum of Art.

His owners, Rick and Julie Butler, worked tirelessly to find Eddie - plastering dozens of neighborhoods with thousands of flyers and even setting up a website.

38 days later, that effort paid off.

Andrea Sergio, who had been following Eddie's story, posted a photo of a dog found outside a home in Bala Cynwyd.

It was Eddie - seven miles from where he went missing.

What followed were two tearful reunions - one at the Narberth Animal Shelter and the other at the Butler's house, as their daughter Annalise got the surprise news.

Eddie had lost 14 pounds and his paws were raw from walking, but otherwise he's okay.

The Butlers say Eddie, who is now microchipped, is enjoying being spoiled, snuggled up in his favorite bed.