This incident is the 20th homicide in Montgomery County in 2021.
WPVI
By 6abc Digital Staff 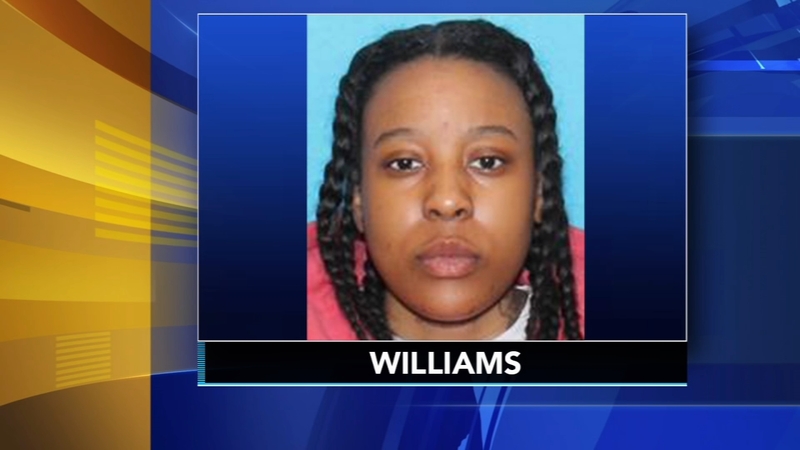 Police say Williams is wanted for the alleged murder of 49-year-old Adrionne Reaves in the lobby of the Delwyn Apartments at 20 St. Asaphs Road.

Just before 10 p.m., Lower Merion police responded to a reported shooting in the lobby of the apartment building. Upon arrival, officers found Reaves dead from a gunshot wound to the head.

Later in the investigation, a single 9mm Luger cartridge case was reportedly discovered.

Investigators say that one of the responding officers had been called to the apartment parking lot at 8:29 p.m. that night for a domestic dispute involving Reaves and his fiancé, Joi Furman.

The two told the officer that the dispute was verbal, and they agreed to separate for the night.

Officials say Reaves arranged to be picked by his daughter at a nearby location but returned to the apartment parking lot to find a set of misplaced keys.

Surveillance footage shows Reaves and three women, his fiancé and her mother, Florence Furman, allegedly in the apartment lobby when Reaves suddenly collapsed.

Soon after, police allege that Williams was spotted leaving the lobby.

Police say Williams is Jodi Furman's daughter and lives in Philadelphia with her grandmother Florence Furman.

Detectives found that Williams owns a 9mm semi-automatic handgun and has a valid permit to carry a concealed firearm in Philadelphia.

Williams has brown hair and brown eyes, stands 5-feet tall, and weighs approximately 127 pounds. She should be considered armed and dangerous.

If anyone sees Williams, do not approach her and immediately call 911.