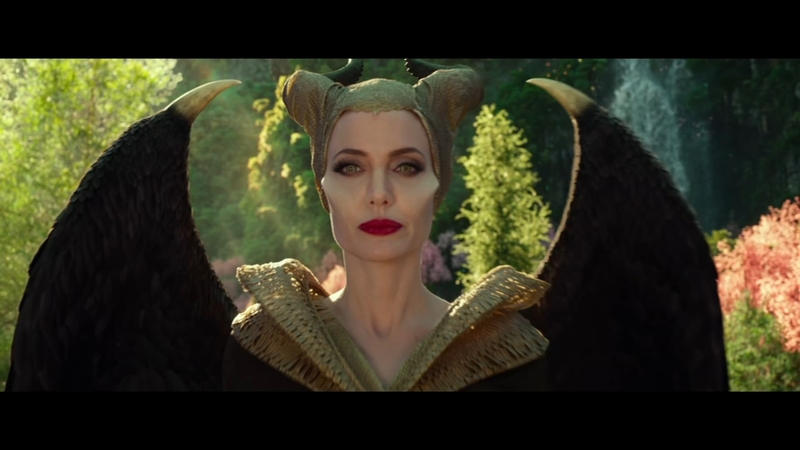 HOLLYWOOD (WPVI) -- Angelina Jolie is back as the winged and often wicked Maleficent in the new film, "Maleficent: Mistress of Evil."

The sequel, which hits theaters on October 18th, is a deeper dive into one of Disney's most infamous and vicious villains.

This is a story that challenges the notion of good and evil.

I had a chance to sit down with the stars in Los Angeles for this sequel - five years in the making.

"Maleficent's journey started in the first film where she's a very trusting, wild, free creature and she was betrayed by someone she loved," explains Angelina Jolie, who plays the title character. "That makes her quite dark."

But as this story is told, Maleficent saves Sleeping Beauty. And, well, it's mutual.

"I think, in the end, this film says a beautiful thing about accepting differences and encouraging people to be of their own true nature," said Jolie.

In this sequel, Aurora is growing up, and so is their relationship.

"She's the Queen of the Moors now," explains Elle Fanning, who plays Aurora. "She's trying to gain her independence, she's learning how to use her power. Aurora is soft and feminine and kind and she embraces that femininity, which I think is her strength and it's beautiful."

All of this, as Maleficent experiences her own coming of age.

"I think she has to discover that whatever she is, she has to be IT fully in order to find her way forward," said Jolie.

"She's fighting a foe that has superpowers and she doesn't, so she has to use her brain and be very calculating," said Pfeiffer.

Light and dark, good and bad, hero and villain. In this film, it's all up to the audience to decide.

"I love that it's dealing with gray areas and I love that it talks about good and evil and that we're both things," said Pfeiffer.

"I think that there are definitely characters in the film that are worse than others in terms of their outlook and how they affect the story," explains Chiwetel Ejofor, also new to the film.

At the heart, this is a story about family. Five years later, the cast was happy to reunite for the sequel.

"We were thrilled to get back together," said Sam Riley, who plays Diaval. "It was a lot of fun."

Jolie is not only the star of the film, but a producer as well.

"Maleficent: Mistress of Evil" is in theaters on October 18th.