Man arrested, charged in shooting death of 9-year-old in Philadelphia

WPVI
PHILADELPHIA (WPVI) -- A man has been arrested and charged in connection with the shooting death of a 9-year-old in Philadelphia's Logan section, according to court documents.

Police say a Ingram was shot once in the face inside a home on the 5900 block of North 20th Street on Tuesday night. He was found in the back bedroom of the home.

Officers rushed him to Albert Einstein Medical Center where he later died.

Commissioner Danielle Outlaw provides update on deadly shooting of 9-year-old boy on May 26, 2020.

On Wednesday, officers found a handgun behind the home and believe it's involved in the deadly incident.

Sources told Action News that it appears Ingram accidentally shot himself while handling the gun.

Booker is being held on more than $1 million bail. 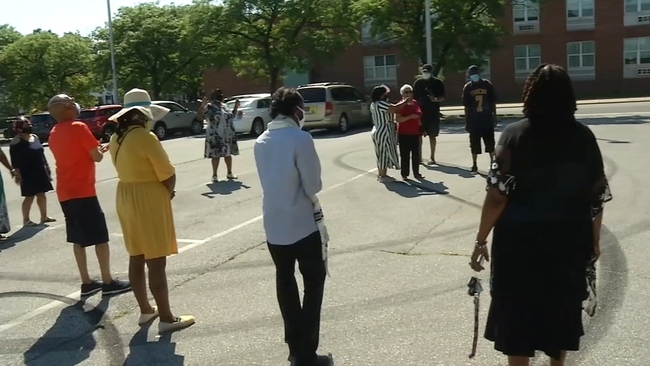