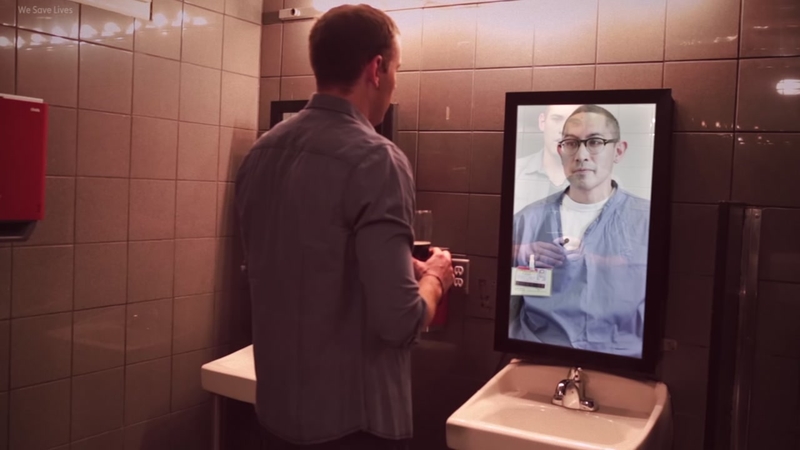 Tipsy men gazing into a bar bathroom mirror had a very sobering experience when they realized the face looking back at them wasn't their own. It sounds like a prank, but it was anything but a joke.

The man staring back at them was 32-year-old Kris Caudilla, who is currently serving a 15-year sentence for DUI manslaughter. And he wasn't just looking, he was talking - sharing his tragic story and warning them not to make the same mistake he did by driving drunk.

After engaging in some 'small talk'- the tone changes when Caudilla tells the men he is in jail for killing St Johns County, Florida, Deputy James Anderson Jr., after a night of drinking with friends.

The mirror serves as a potent reminder that every day, for the rest of his life, Caudilla will have to face the horror of his actions. The message hit home with the men who assured Caudilla that they had no intention of driving drunk.

The PSA called, "Reflections From Inside" was created by We Save Lives, a highway safety nonprofit created by Candace Lightner, who is also the founder of Mothers Against Drunk Driving (MADD).