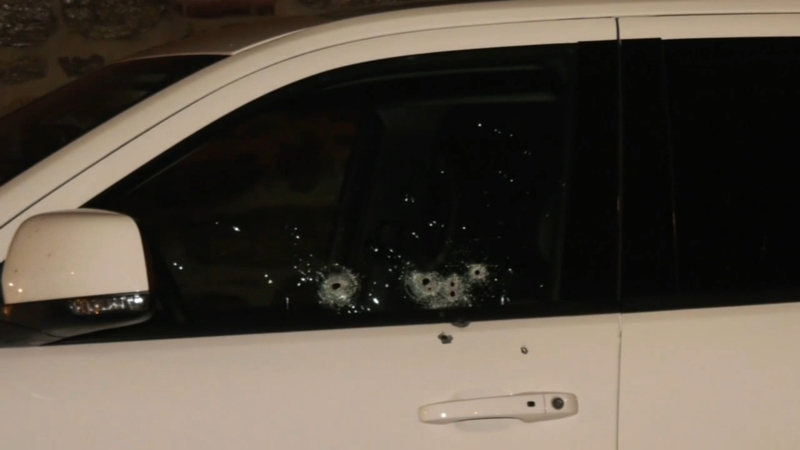 PHILADELPHIA (WPVI) -- A man visiting from Florida was shot and killed in the Germantown section of Philadelphia late Saturday night.

Antonio Baggs, 37, was shot while inside a car near the intersection of Abbottsford Avenue and Greene Street around 10 p.m.

Bagg's aunt, Marcine Ashby, told Action News he had only been in town a few hours and Baggs was here to visit her.

"This is mistaken identity," Ashby said. "He has no connection to the area other than family."

Police say at least 10 bullets were fired into Baggs' vehicle, a Dodge Durango. They say Baggs' fiancee, along a 14-year-old boy and 9-year-old, girl were inside as well.

They had just picked up some food at a restaurant a few blocks away.

"As they were parking, a dark-tinted vehicle pulled up and somebody from inside the vehicle fired through the driver's side window and the door," said Captain Drew Techner.

Ashby says she heard the shots and then quickly realized what happened.

Police say they have no known motive. They don't know if there was an altercation at the restaurant or possibly this was in fact a case of mistaken identity.