'It's not her. It's not who she is': Husband of teacher who cut student's hair says he's shocked, confused 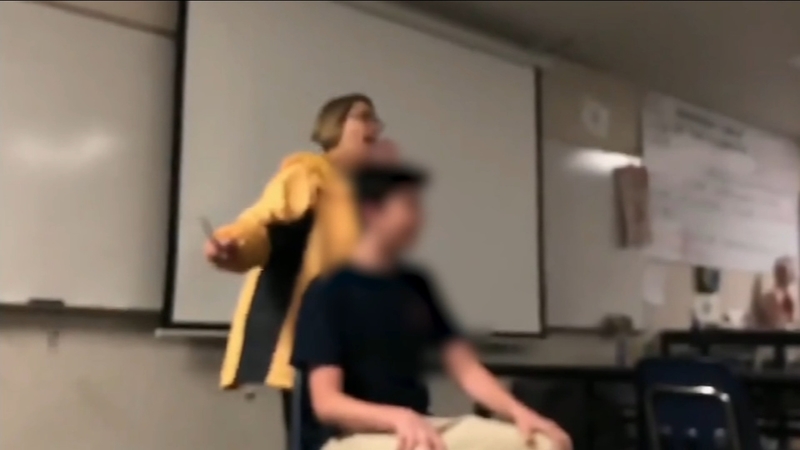 TULARE, Calif. (WPVI) -- It's unclear why 52-year-old Margaret Gieszinger did what she did, and her husband expressed his confusion over the situation as well.

Geiszinger is being held at the Tulare County Pre-Trial Facility on $100,000 bail after she forcibly cut a student's hair in class.

She hasn't been charged yet, as the district attorney's office is still reviewing the case.

This morning, the Tulare County Office of Education released a statement saying that Gieszinger will not return to her classroom at UPHS, where she has worked since August of this year.

They also added that they will take the most severe employment action appropriate and are deeply concerned for the students who were subjected to the disturbing behavior.

Gieszinger's husband said he is still trying to deal with what's going on.

"It's a shock to me, that's out of her character. She doesn't do stuff like that," he said. "It's not her. It's not who she is. So I don't know what was going on with her. I don't have any clue as to why she did that."

Records on the Commission on Teaching Credentialing website show that Gieszinger has had her credential suspended twice, once for a week in 2007, and another for nearly two weeks in 2016.

Her LinkedIn page reveals she has previously taught at Orosi High School and also worked in the agriculture industry.

However, officials cannot release more information about the circumstances surrounding those suspensions.

Gieszinger does not have any prior criminal history.