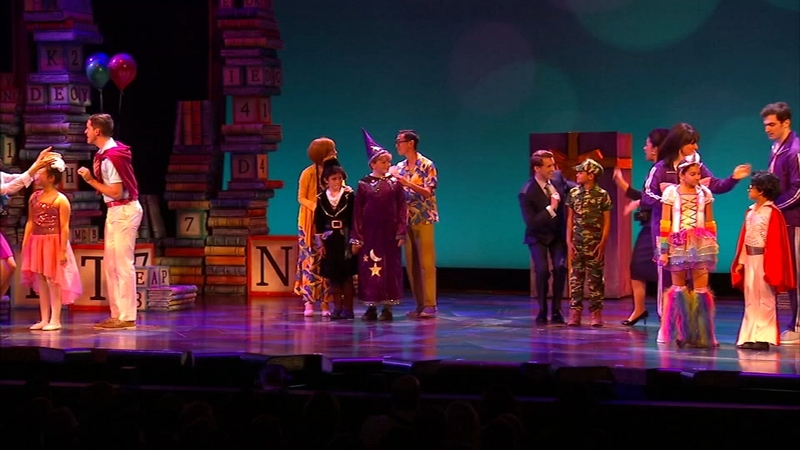 The multi award-winning Matilda the Musical is fresh off a hit run on Broadway, and the Walnut Street Theatre is among its first regional theater stops.

"Oh, it's a really great privilege just to get the licensing for this," says director Linda Goodrich.

The musical is based on the Roald Dahl book by the same name and tells the story of Matilda, a bright but bullied 5-year-old.

"She's an underdog," said Alex Vacchiano, "everyone underestimates her."

Vacchiano of West Caldwell, N.J. was among more than 120 children who auditioned for the show.

"It would mean everything," says Cecilia Kent of Oreland, Pennsylvania.

A panel of producers, directors and choreographers were tasked with choosing just two little girls for the title role.

"There's that special quality," says John Daniels, Musical Director of the Walnut Street Theatre. "You know it when you see it."

Jemma Bleu Greenbaum has that X-factor, and so does Ellie Biron. The two are alternating playing Matilda during the show's two-month run.

"I almost fainted. I couldn't breathe," Greenbaum says. "I started running around in circles and screaming."

"Matilda is such a sweet story," says choreographer Michelle Gaudette.

It's the heartwarming tale of an abused and neglected little girl and Miss Honey, the teacher who comes to love her like a daughter.

"I'd say it's very much about girl power and girls and women standing up for themselves and finding themselves," Goodrich says. "And what a great choice for the holiday season," she adds, "It's just a great opportunity for families to go to the theaters."