The district attorney says one of the men hasn't been seen since October, while the other man was spotted in Michigan last month
WPVI
By 6abc Digital Staff 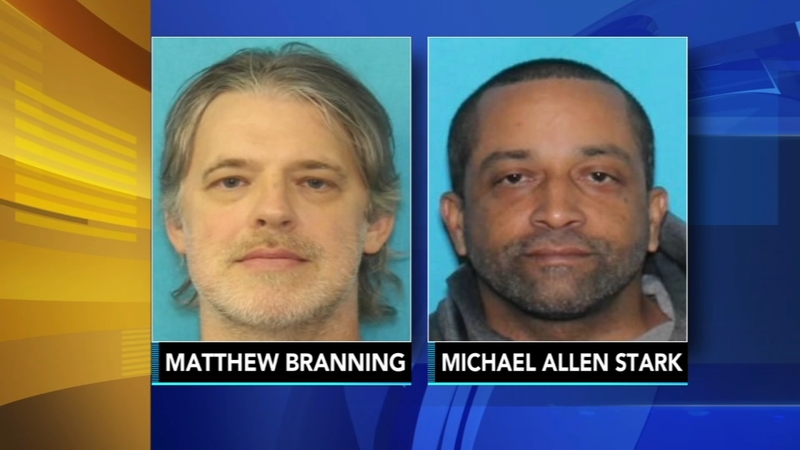 Foul play a possibility in case of 2 men missing since October: DA

SELLERSVILLE, Pennsylvania (WPVI) -- Authorities are asking for help finding a missing man and his co-worker, who investigators say is a person of interest in the disappearance.

Detectives are searching for both 50-year-old Matthew Branning of Sellersville and 47-year-old Michael Allen Stark of Royersford.

Both of the men work at Enchlor Inc., a manufacturing company in Silverdale. 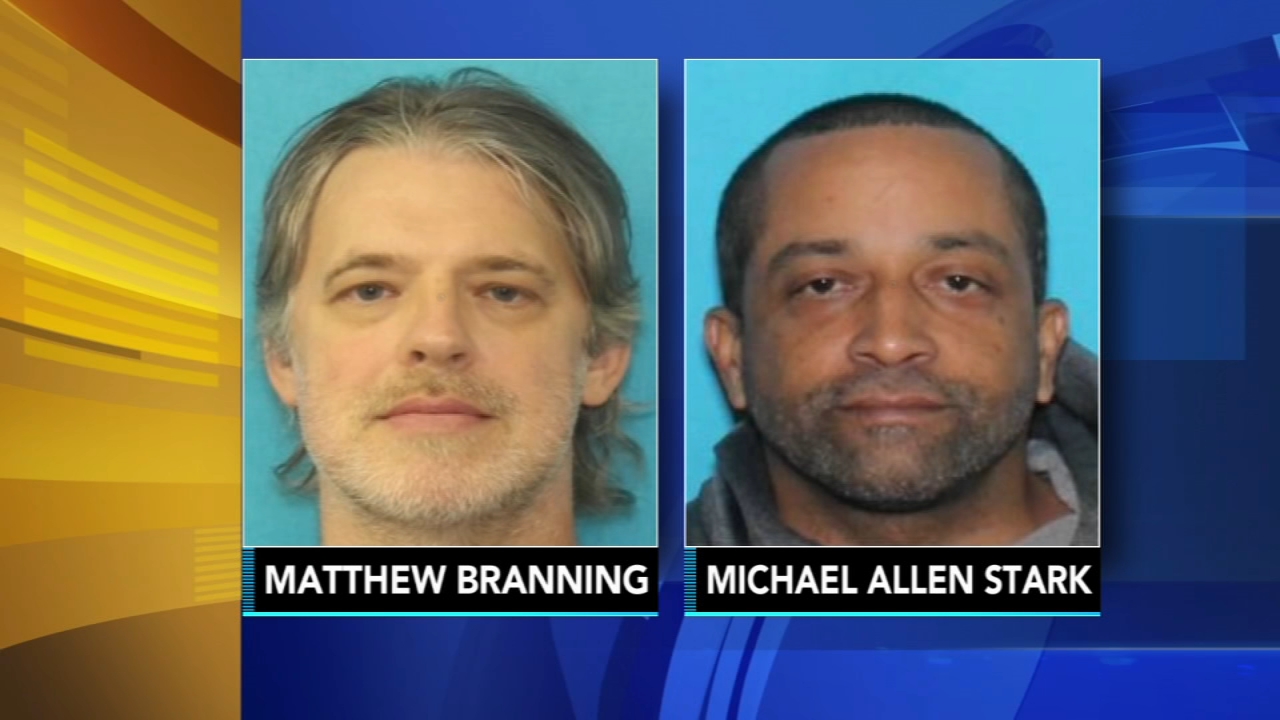 Weintraub said surveillance video showed Branning pull up to an ATM in Sellersville around 4 p.m. that day. A person was partially visible in the back seat of his Lexus SUV, but investigators have not been able to determine who that person was.

Investigators tracked Branning's cellphone to Cape May, New Jersey where surveillance video shows Stark making a purchase at a Wawa at 9:24 p.m.

However, Branning is not seen in the video.

Branning has not been seen or heard from since. His vehicle, the 2002 Lexus SUV with PA license plate KWS-5619, is also missing.

Stark, however, was spotted at a pawn shop in Garden City, Michigan on November 13.

"It is out of his character to not contact family or for him to miss work," Weintraub said. "It is disturbing to me. I don't believe in coincidence, so candidly we expect foul play."

"We don't know that for a fact," Weintraub continued, "but it is definitely why we have such a heightened interest in this case."

There's also a bench warrant out for Stark's arrest for a separate case in Monroe County, Pennsylvania.