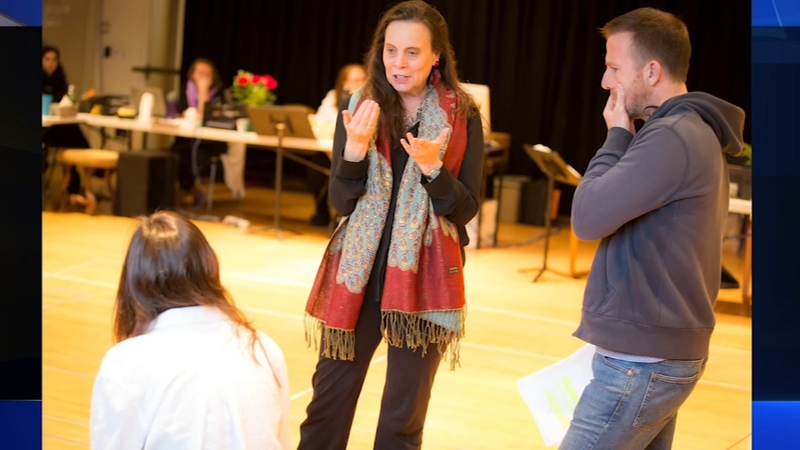 PRINCETON, New Jersey (WPVI) -- A Princeton theater has cultivated some of the best artists to emerge in the last few decades thanks to its longtime artistic director who says she just wanted to give a voice to the voiceless.

Multi-award winning playwright and director Emily Mann says she knew what she wanted to accomplish when she arrived at McCarter Theatre Center in 1990.

"I came here with the absolute core mission of seeing all of America reflected on stage and in the audience, really celebrating the work of women and women playwrights," she said.

Mann says that's because she came of age at a time when women were told certain careers were out of reach - especially in theater.

"Well, I came of age deciding I wanted to do this, not knowing that women were not supposed to do this," she said. "Once I discovered that it could be an art form that had a lot to do with social and political consciousness, that was something I could dedicate my life to."

And that she has, directing over 50 productions and writing many impactful pieces during her 30-year tenure.

Some of those pieces include "Gloria: A Life" about Gloria Steinem and "Having Our Say," which went on to Broadway and was made into a movie.

Mann has strived to champion diversity in the theater.

"I think we helped effect real change for people of color in the profession. So many people who've come through here have gone on to become mega stars, whether it's Tarell McCraney, or Danai Gurira. Tarell Alvin McCraney then he went on, as you know, to write Moonlight and win the Academy Award," she said.

But one of Mann's biggest legacies is her mentorship.

"Some of the most wonderful stage managers, directors, literary managers, playwrights came through here. (I'm) so proud of them all," she said.

Rachel Bonds is on that list. She was commissioned by Mann to write "Goodnight Nobody," currently on the McCarter stage.

"I'd recently told her when you're a young mother and an artist, there's not a lot of role models, so Emily was one of the few people I could turn to," said Bonds.